The state-run People’s Television Network (PTV) drew flak on social media on Friday for using a picture of first Philippine President Emilio Aguinaldo in a segment on Andres Bonifacio, leader of the Katipunan secret society that launched the 1896 Philippine Revolution against Spanish colonial rule.

The irony was not lost on viewers who cited Aguinaldo’s hand in Bonifacio’s arrest and execution in 1897 — an episode that continues to spark debate to this day on how history should recognize their roles in the forging of the Filipino nation.

The erroneous clip aired after the live coverage of the wreath-laying and flag-raising ceremony at Rizal Park in Manila marking the country’s 122nd Independence Day. The rites were led by Executive Secretary Salvador Medialdea.

The government station issued an apology immediately after the Inquirer sought its comment, but not before viewers had a field day bashing the network for the boo-boo.

PTV admitted in a statement that “a photo of President Emilio Aguinaldo was mistakenly used in a feature intended for Andres Bonifacio,” adding that the error “was already corrected and the revised version will be uploaded in the Network’s social media pages. We sincerely apologize for this mistake.”

It added: “Rest assured that under the new PTV management, necessary training and skills development will be initiated to avoid similar inaccuracies.”

Still, the station took a beating on social media.

Twitter user @justvincentcarl was the first to call out PTV4, saying in Filipino: “I saw the Aguinaldo picture you used but you said it was Bonifacio HAHAHAHAHA.” 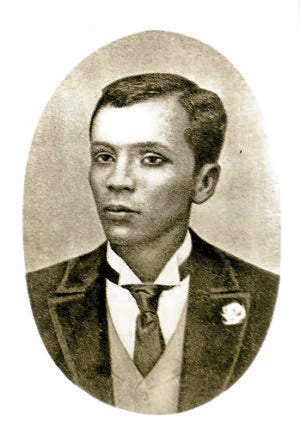 @JaymarAlvaran noted the irony of the mix-up. “I commend this ‘error.’ Clever pun. Well done PTV. Aguinaldo betrayed Bonifacio. I would be more than happy to see Bonifacio’s name there with a X mark on Aguinaldo’s face,” he said.

Aguinaldo ordered Bonifacio’s arrest in April 1897, saying the Katipunan founder was plotting to overthrow his revolutionary government. The Katipunan Supremo was found guilty of sedition and treason and was sentenced to death with his brother Procopio.

Aguinaldo initially commuted the sentence to deportation, but withdrew upon the advice of his supporters. The brothers were executed on May 10, 1897 in Maragondon, Cavite.

A year later, on June 12, 1898, Aguinaldo declared the country’s independence from Spain at his Kawit, Cavite, mansion.

For @Bluenun531, PTV, an attached agency of the Presidential Communications Operations Office (PCOO), had no excuse for the mix-up.

“You have all the tools to do research. You ought to be ashamed of yourselves,” the Twitter user said.

Another netizen, @Pulitika2010, noted that with PCOO’s “huge budget” it could easily pay a researcher P15,000 a month to double-check details before a broadcast.