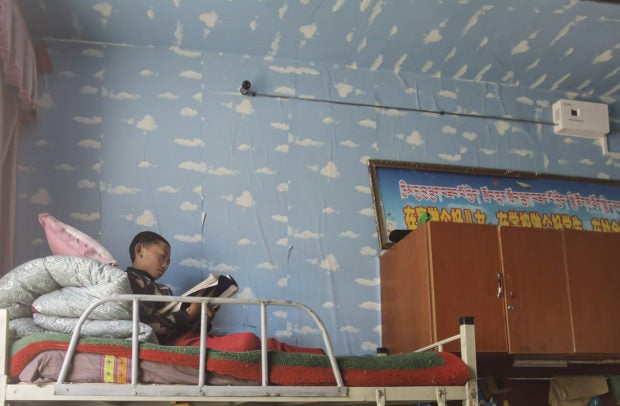 LHASA, Tibet — Khangcho, 87, said he can breathe easier with oxygen that is being supplied in the nursing home where he lives in Nagchu, Tibet autonomous region. The city, at an average altitude of more than 4,500 meters, has thin air, with roughly half the oxygen content of the atmosphere at sea level.

“I take oxygen twice a day, each time for one hour. Now I don’t have headaches anymore,” he said. “I can breathe smoothly, and get better sleep.”

The central oxygen supply project is one of the State’s city infrastructure construction projects, and the government pays for the initial cost.

With an investment of more than 200 million yuan ($28.3 million), the first phase of the project has been completed and is operating in Nyanrong and Nyima counties and the central part of the city.

The second phase of the project, with an investment of an additional 174 million yuan, will address government institutions in Shanza, Palgon and Amdo counties, where construction is underway and is expected to be completed by end of this year.

The first and second phases of the project are expected to benefit more than 31,000 people when fully operating. The third phase is still being planned and designed.

Tibet, known as the roof of the world, has an average altitude topping 4,000 meters.

To help address health concerns caused by a lack of oxygen, Nagchu launched the oxygen supply project in August 2017.

Under the system, a liquid oxygen tank is installed in the yard of a community or an institute. As the liquefied oxygen is turned into a gas, the oxygen is transferred to rooms via steel pipelines.

Lodre, deputy director of the city’s development and reform commission, said the project has helped improve people’s living environment and is thus vital for people’s lives and health.

“It’s long been a dream and wish of many who work and live in this high-altitude city,” Lodre said.

“The central oxygen supply project is an investment by the government, and for the trial period, it is free to use the oxygen,” said Lodre. “Users have to pay for the service after a year of free trial period.”

A control apparatus is installed in the room for the remote oxygen monitoring and charging system and for oxygen concentration control.

The oxygen can be used two ways-through diffusing the gas in the space of the room or inhaling it with a breathing device.

Drolma, principal of Wanquan Primary School in Nyanrong county, said the oxygen supply is linked to her school. Teachers born outside of the region were especially pleased with the service.

“Usually, when our teachers return to work after taking holidays in low-altitude areas, they had to undergo two weeks of adaptation for altitude sickness. Now they no longer need to take that extra time,” said Drolma.

“Especially in the winter semester, many teachers from outside the region had headaches and purple lips, and students also woke up frequently from their sleep due to lack of oxygen,” she said.

Tsering Tobgyal, a Tibetan who works for Nagchu’s education bureau, said that with oxygen available in work and living spaces, his colleagues would no longer have to worry about altitude sickness after returning to work following out-of-town vacations. “I want to pass along my compliments for such a good project,” he said.