SAN RAMON, Calif.  — Google has released a test version of its annual upgrade to its Android software without the usual fanfare heralding the latest operating system powering most smartphones. 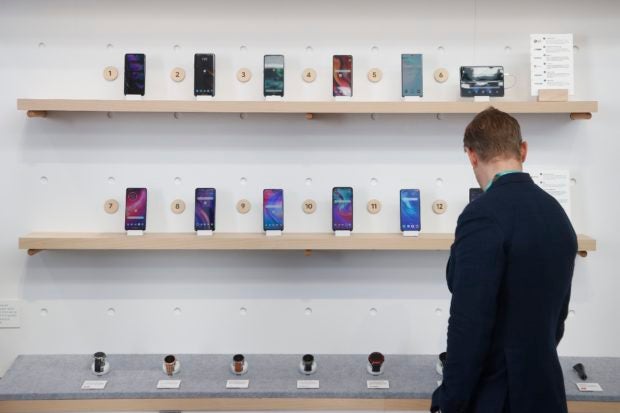 FILE – In this Jan. 8, 2020, file photo, the Google exhibit building shows off a variety of devices with Google Assistant, including Android smartphones and Wear OS smartwatches during the CES tech show in Las Vegas. Google has released a test version of its annual upgrade to its Android software without the usual fanfare heralding the latest operating system powering most smartphones. The debut of Android 11’s “beta” version was announced Wednesday, June 10, in a blog post, along with video tutorials for the makers of smartphone applications on Google’s YouTube service. (AP Photo/Ross D. Franklin, File)

The debut of Android 11’s “beta” version was announced Wednesday in a blog post, along with video tutorials for the makers of smartphone applications on Google’s YouTube service.

Android 11 will offer several new features making it easier for people to find notifications about incoming texts. It also gives users the ability to quickly open a digital conversation by pressing on a floating “bubble” identifying the person on the other end of a text. The new Android bubbles mirror a feature that Facebook has been using in its Messenger app for years.

The next version of the software also is designed to do a better job of guarding people’s privacy, something Google is frequently accused of invading as it collects information to sell ads.

Users will be asked if they wish to grant an app access to their location for one time only and then Android won’t allow access until the user authorizes it again. Android 11 also will automatically identify when an app hasn’t been used for an extended time and turn off previous permissions that users may have forgotten they granted in the past.

The beta version is primarily downloaded by app makers while Google continues to work out the bugs in the software before the operating system is offered for free to owners of smartphones running on Android. But smartphone manufacturers and wireless carriers don’t always quickly push out the next version of Android software to users, leaving many devices running on older versions of the software for years.

Google usually previews the next version of its Android software during an annual event held in May near its headquarters in Mountain View, California, with thousands of app makers and computer programmers in the audience.

But the pandemic forced Google to cancel that event this year and shift it to a virtual gathering that it planned to hold last week. But that plan also was scuttled amid the mass protests roiling cities across the U.S. in the wake of the death of George Floyd, a black man who died in police custody in Minneapolis after a white police officer pressed a knee into his neck.

In contrast, more than 80% of iPhone users typically download the annual upgrades to Apple’s iOS, the software powering those devices. Apple plans to preview the next version of its iOS June 22 during an event that will be held online instead of an in-person event that attracts thousands of people from all over the world to Silicon Valley.