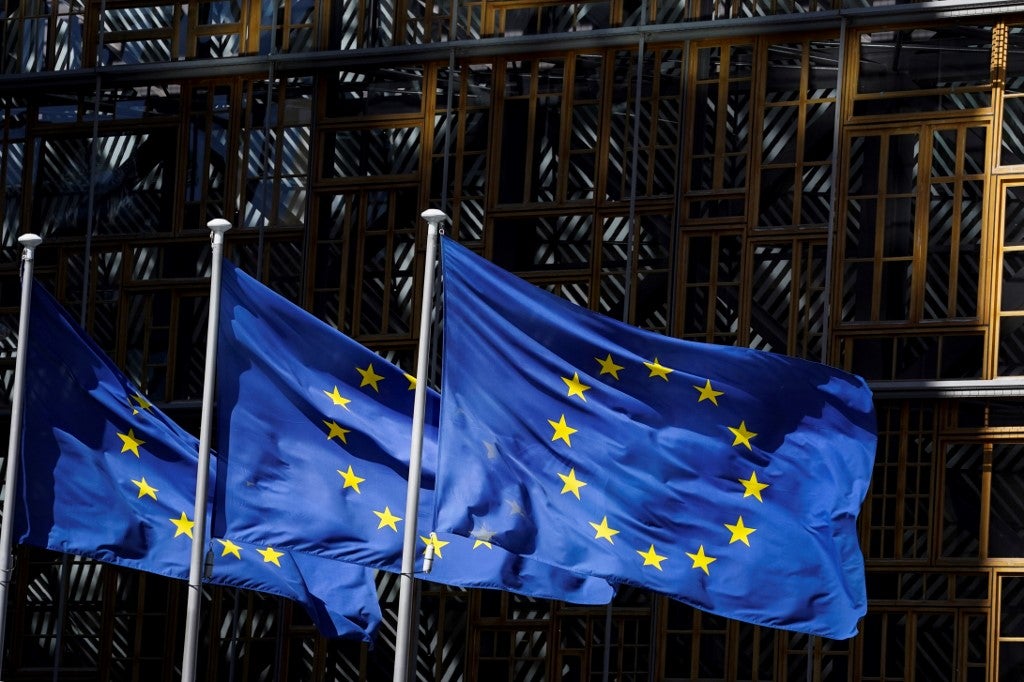 FILE – A picture taken on May 28 in Brussels shows the European Union flags fluttering in the aire outside the European Commission building in Brussels. (Photo by kenzo tribouillard / AFP)

In a paper on what it called the “flood” of misleading and inaccurate information proliferating around the pandemic, Brussels says Beijing and Moscow had set out to polarise debate and burnish their own images.

“Foreign actors and certain third countries, in particular Russia and China, have engaged in targeted influence operations and disinformation campaigns around COVID-19,” the paper, set to be published on Wednesday, says.

The 17-page report, to be presented by EU vice-president for values and transparency Vera Jourova, accuses Moscow and Beijing of “seeking to undermine democratic debate and exacerbate social polarisation, and improve their own image in the COVID-19 context.”

Already in April, the EU’s anti-disinformation task force detailed “a coordinated push by official Chinese sources” to deflect blame for the pandemic, which originated in China.

But the assessment in the commission’s official communication to member states and the European Parliament puts the charge on a more official footing — and in far less diplomatic terms.

The coronavirus has fed into a geopolitical information war, with the West accusing Beijing and Moscow of promoting false or misleading narratives about the pandemic which began in China late last year.

The EU strategy paper says social media platforms had reported that they were trying to promote accurate virus information and limited content that was false or misleading.

But it says they need to do more.

“Fact-checkers, researchers and civil society organizations have a crucial role to play, but platforms have not sufficiently empowered them during the current public health crisis,” the paper says.

“There is therefore a need for additional efforts and information-sharing by social media platforms, as well as increased transparency and greater accountability.”

“For sure we have to allocate more resources in the fight against disinformation,” Borrell told reporters.

“We have to work more on that and not only fighting disinformation, trying to counterattack the fakes but to present a positive narrative.”

EU-Chinese relations have hit a rocky patch as Brussels struggles to calibrate its response to Beijing’s growing assertiveness under President Xi Jinping.

The bloc has characterized Beijing as a “systemic rival” — to the disgruntlement of Chinese officials — and sought to challenge it on human rights issues such as Tibet and Hong Kong.

But the EU has struggled to maintain a united front as 27 national governments pursue their own interests, political and economic, with the Asian giant.

Borrell, who in recent weeks has called for a “more robust” EU stance on China and warned Beijing does not share European values, said governments needed to wise up.

He said he raised EU concerns about Beijing’s plan to impose a national security law on Hong Kong, which Western governments say will curb the city’s cherished freedoms.