US protesters topple Christopher Columbus statue, throw it in lake 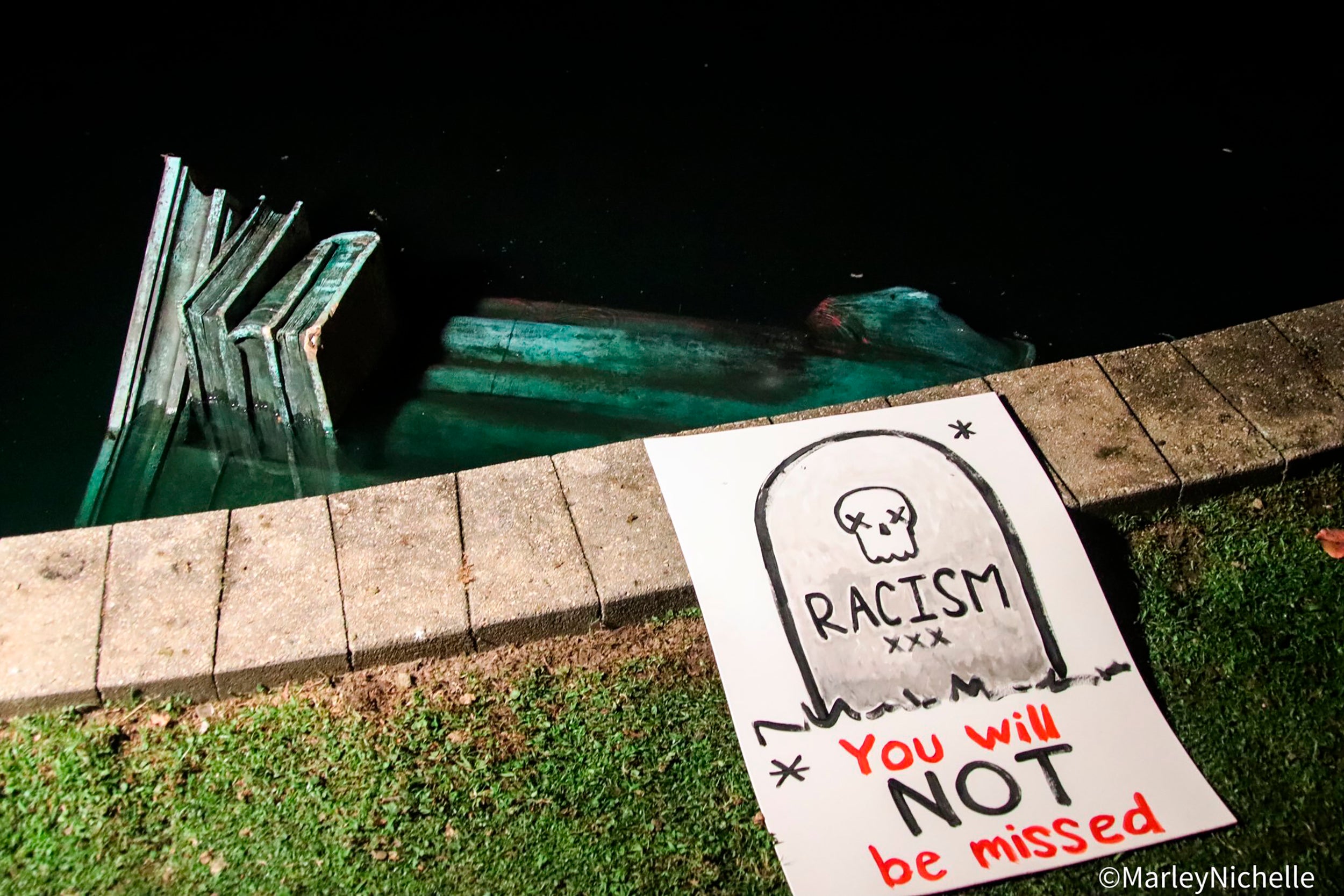 A statue of Christopher Columbus is in the water at Byrd Park in Richmond, Va. Tuesday, June 9, 2020, after it was torn down by protesters. The figure was toppled less than two hours after protesters gathered in the city’s Byrd Park were chanting for the statue to be taken down, news outlets reported. (@marleynichelle via AP)

RICHMOND, Virginia — A statue of Christopher Columbus in Richmond was torn down by protesters, set on fire and then thrown into a lake.

The figure was toppled less than two hours after protesters gathered in the city’s Byrd Park were chanting for the statue to be taken down, news outlets reported.

After the figure was removed from its pedestal around 8:30 p.m. Tuesday by protesters using several ropes, a sign that reads, “Columbus represents genocide” was placed on the spray-painted foundation that once held the statue. It was then set on fire and rolled into a lake in the park, NBC 12 reported.

There was no police presence in the park, but a police helicopter was seen circling the area after the city-owned figure was torn down, the Richmond Times-Dispatch reported.

The city’s parks department did not immediately respond to a request for comment on the fallen statue from the Associated Press.

Earlier during the day, Activist Chelsea Higgs-Wise and other protesters spoke to a crowd gathered at Byrd Park about the struggles of indigenous people and African-Americans in America. “We have to start where it all began,” Higgs-Wise said during her speech. “We have to start with the people who stood first on this land.”

The Columbus statue was dedicated in Richmond in December 1927, and had been the first statue of Christopher Columbus erected in the South, the newspaper reported. Its toppling comes amid national protests over the death of George Floyd and several days after a statue of Confederate Gen. Williams Carter Wickham was pulled from its pedestal in Monroe Park by demonstrators who also used ropes to tear it down.

Native American advocates have also long pressed states to change Columbus Day to Indigenous Peoples Day over concerns that Columbus spurred centuries of genocide against indigenous populations in the Americas.

Vanessa Bolin, a member of the Richmond Indigenous Society, told the crowd she did not come “to hijack” the protests against police brutality, but to “stand in solidarity” with the people. Another speaker, Joseph Rogers, declared the area “Powhatan land,” and talked about how white supremacy and institutionalized racism has impacted both groups.