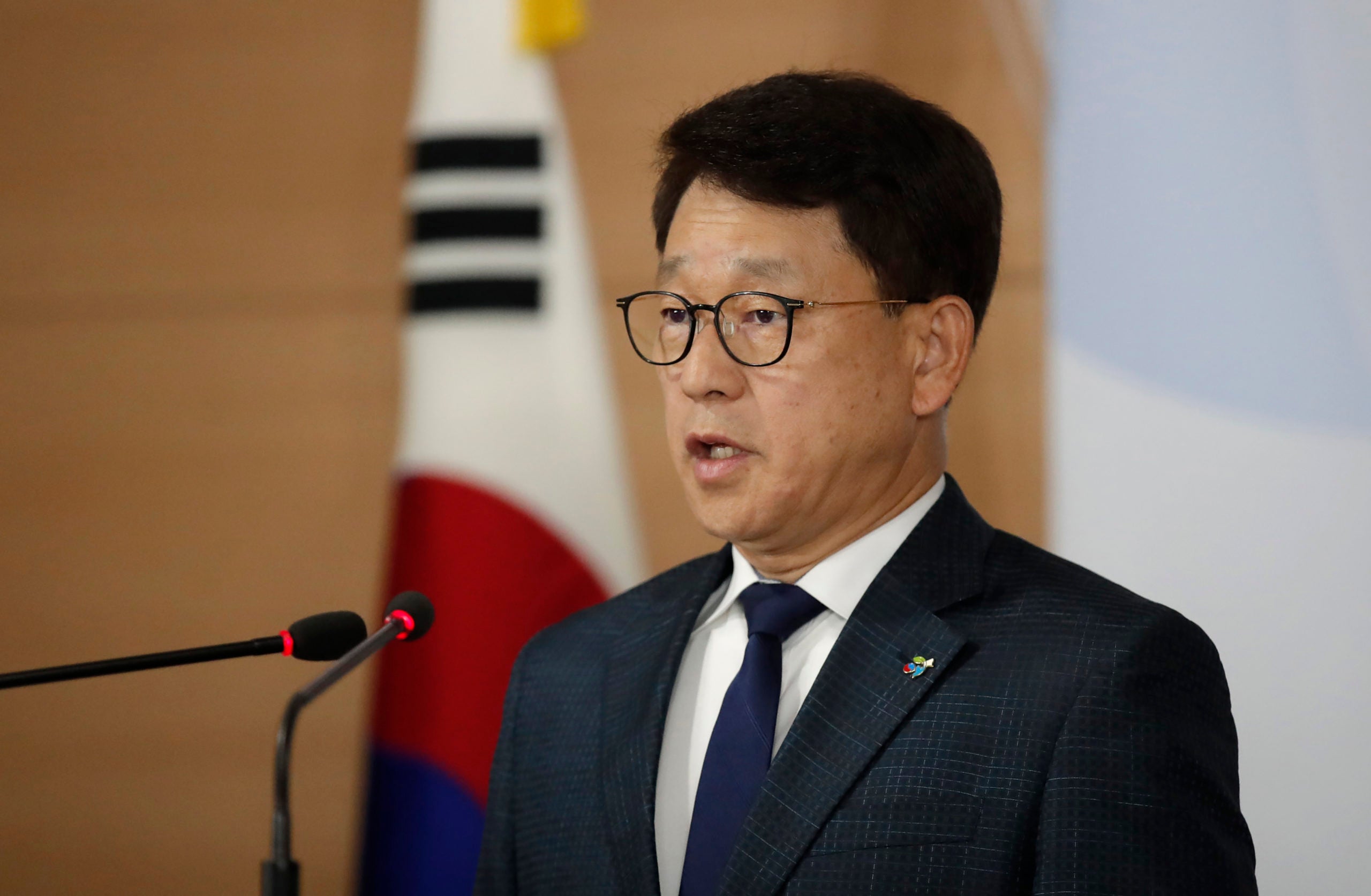 SEOUL, South Korea — South Korea’s government said Wednesday that it will press charges against two activist groups that have been floating anti-Pyongyang leaflets and bottles filled with rice to North Korea.

Any action against the groups is likely to trigger a debate over freedom of expression in South Korea, and whether President Moon Jae-in’s liberal government is sacrificing democratic principles to keep alive his ambitions for inter-Korean engagement.

The announcement by Seoul’s Unification Ministry came a day after North Korea said it was cutting off all communication channels with South Korea over its inability to prevent North Korean defectors and other activists from flying the leaflets across the border.

One of the targeted defector-activists condemned what he described as a “treacherous” move by Seoul and vowed to launch even more leaflets across the border in coming weeks, using not only balloons but also drones.

Yoh Sang-key, the ministry’s spokesman, told reporters the two organizations facing charges had “created tensions between the South and North and brought danger to the lives and safety of (South Korean) residents in border areas.”

The ministry said last week that the government would push new laws to ban activists from flying the leaflets across the border, after the North threatened to end an inter-Korean military agreement reached in 2018 to reduce tensions if Seoul failed to prevent the protests.

Aside from severing government and military communication channels, the North also said it would permanently shut down a liaison office and a factory park in the border town of Kaesong, which have been major symbols of reconciliation.

For years, activists have floated huge balloons into North Korea carrying leaflets criticizing leader Kim Jong Un over his nuclear ambitions and dismal human rights record. The leafleting has sometimes triggered a furious response from North Korea, which bristles at any attempt to undermine its leadership.

In 2014, soldiers exchanged fire after South Korean activists released propaganda balloons across the Demilitarized Zone, but no casualties were reported.

While Seoul has sometimes sent police officers to block the activists during sensitive times, it had previously resisted North Korea’s calls to fully ban them, saying they were exercising their freedom.

Yoh said that the two groups, led by North Korean defector Park Sang-hak and his brother Park Jung-oh, violated a law governing inter-Korean exchanges and cooperation by sending unauthorized materials to the North. The ministry confirmed it was the first time the law, which is designed to prevent South Korean organizations from providing unauthorized goods to North Korea, was being used against defectors’ anti-Pyongyang activities.

Park Sang-hak’s Fighters for a Free North Korea has launched balloons with anti-Pyongyang leaflets for years. Park Jung-oh leads the group Keun Saem, which on Monday unsuccessfully tried to float rice-filled bottles into North Korea from a border town before being blocked by South Korean police.

“Since when has the Ministry of Unification become the ministry of treason?” Park Sang-hak told The Associated Press. “We will respond not with words but with action, by flying even more leaflets to North Korean people.”

Park said he will also try to use drones so that he “could drop the leaflets on Kim Jong Un’s head.” He didn’t say when the launches will happen, but that he was ready “whenever the winds are good.”

The ministry didn’t say whether it was planning to take similar legal action against another group led by Lee Min-bok, also a North Korean defector who has been flying leaflets into the North for years.

Experts say North Korea’s move to cut off communication channels was likely more than just about leafleting as it comes after months of frustration over Seoul’s unwillingness to defy U.S.-led sanctions and resume inter-Korean economic projects that would breathe life into the North’s broken economy.

North Korea has suspended virtually all cooperation with South Korea in recent months amid a stalemate in larger nuclear negotiations with Washington. The talks faltered last year with the Americans rejecting the North’s demands for major sanctions relief in exchange for partial surrender of its nuclear capabilities.

South Korea’s government and military said officials tried to contact their North Korean counterparts via several channels after the North’s announcement on Tuesday but got no answer. Yoh said Wednesday his ministry will stop trying before the Koreas agree to resume the channels.

The liaison office in Kaesong has been closed since late January after the Koreas agreed to temporarily shut it until the COVID-19 pandemic is controlled.