PH has P6.5 billion in donations for fight against COVID-19 – WHO | Inquirer News

PH has P6.5 billion in donations for fight against COVID-19 – WHO 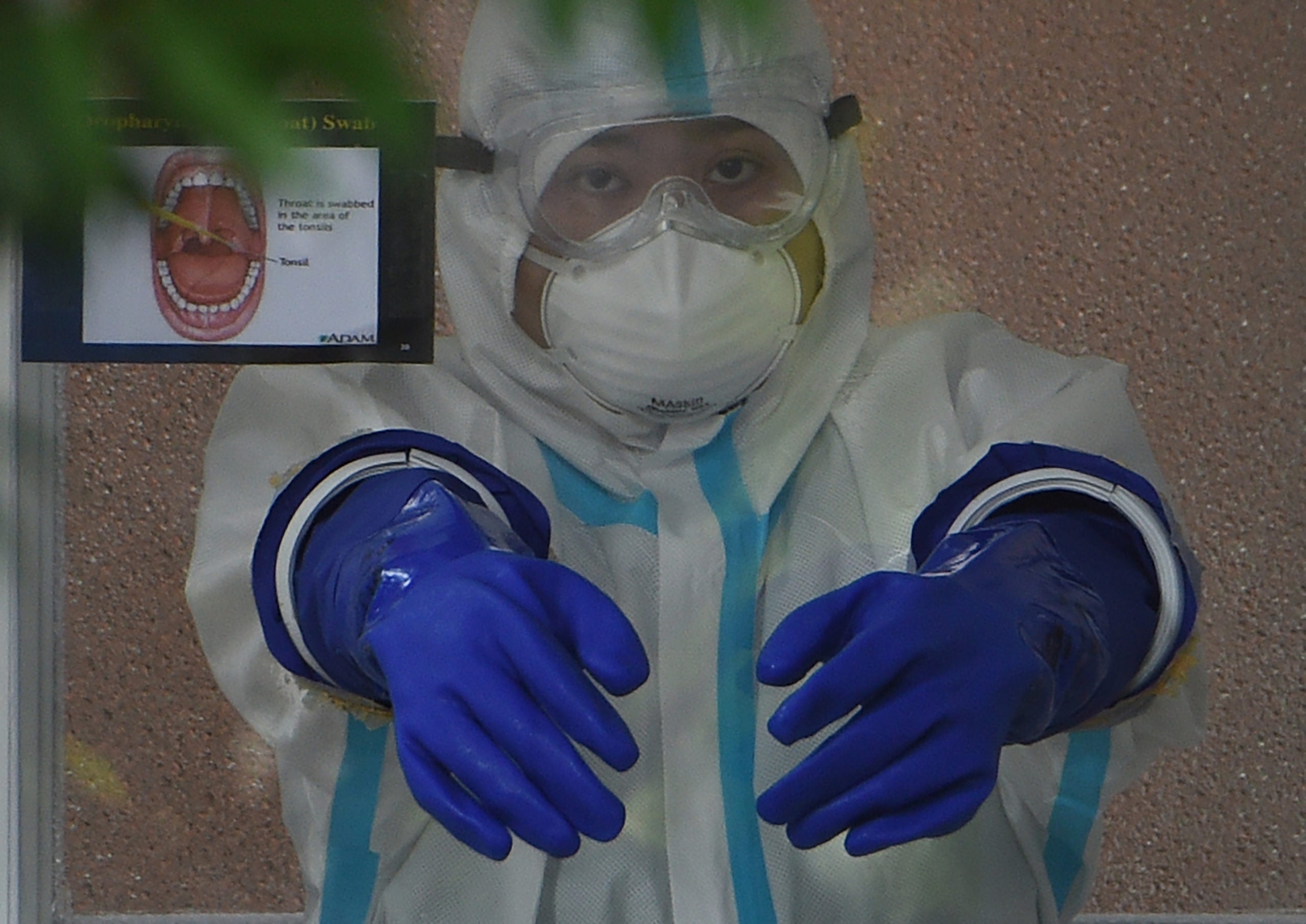 A medical worker waits for a resident before taking an oropharyngeal swab during a mass testing for the COVID-19 coronavirus at a park in Quezon City. (AFP)

MANILA, Philippines – The Philippines has already received at least $130.4 million worth of financial aid — or over P6.5 billion — intended for the government’s COVID-19 response, the World Health Organization said.

These donations, according to the findings mentioned by the WHO in its 39th situation report on the status of the fight against the pandemic in the country, came from the private sector, nongovernment organizations, and other international groups, including WHO.

However, WHO’s report shows that this P6.5 billion figure does not include loans and grants secured by the Philippines, which has one of the highest recorded cases in Southeast Asia.

According to the report, the government was also able to obtain a $1.1 billion loan from the World Bank and $1.5 billion from the Asian Development Bank (ADB) — a total of $2.6 billion, or P129.9 billion.

“As of 9 June, WHO received US$ 670.7 million and an additional US$ 258.0 million in pledges to its global appeal.  This includes €114 million from the European Union to support 80 priority countries with weakened health care systems and capacity including the Philippines,” the WHO said in its report.

“The French government through its Development Agency AFD donated €2 million to fight COVID-19 in Southeast Asia, including laboratory strengthening support for RITM (Research Institute for Tropical Medicine),” it added.

The ADB loan was reported last May 29, while the various World Bank loans started last April when the COVID-19 pandemic was gaining steam in the country.

But on Tuesday, the Philippine Daily Inquirer reported that the country’s COVID-19 loans and grants have already reached $6.508 billion (P325 billion).

The apparent abundance in funds came months after President Rodrigo Duterte speculated on the possible sale of national assets like the Philippine International Convention Center to fund the government’s COVID-19 programs, as he said that the country is short on budget.

Initially, the national government operated on a budget of P270 billion, as stated in the Bayanihan to Heal as One Act of 2020.  However, as time went by, Duterte admitted ordering his Cabinet officials to look for other sources of funds.

But as reports of new fund sources came about, government critics, including netizens on social media, were quick to ask where the funds went as the government has not yet implemented a massive COVID-19 testing program, while several social aid beneficiaries have yet to receive the second wave of grants.

Despite the easing of quarantine regulations nationwide, a myriad of problems still affects Filipino families day-to-day — among them, a lack of public transportation, unfinished social aid provision, closure of businesses due to distancing regulations, and distance learning difficulties due to the inability of poor families to secure gadgets and a stable internet connection.