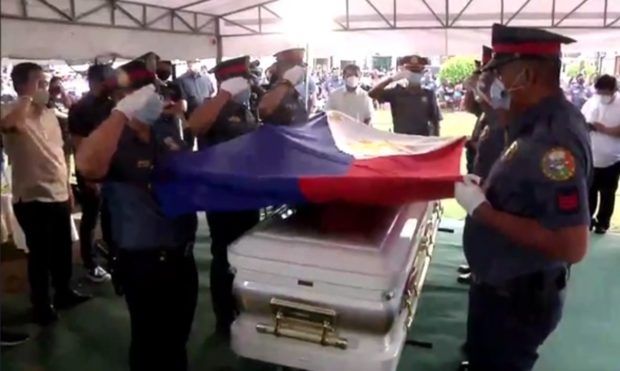 Relatives, friends and supporters paid their last respects to Tugna who passed away on May 28 at 42.

She succumbed to sepsis secondary to bacterial pneumonia at St. Luke’s Hospital in Global City in Taguig. Her death occurred two months after her mother, Dory Villanueva, died of a lingering ailment.

About 30,000 people joined the funeral march to the gravesite from Jesus Is Lord Church in Barangay Bunlo where her wake was held for nearly two weeks.

Banners carrying messages of admiration for her and condolences to her family hung in front of homes here. 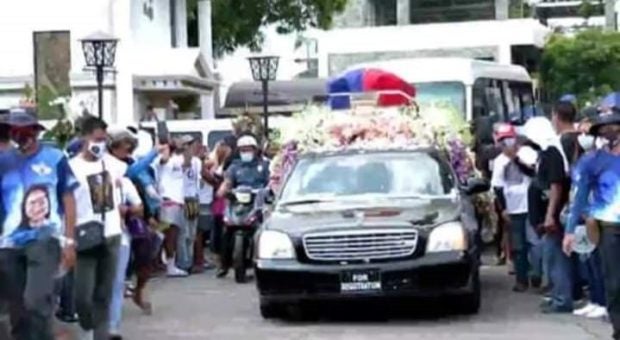 About 30,000 people join the family of the late Bocaue Mayor Joni Villanueva-Tugna in taking her to her final resting place at Krus sa Wawa Memorial Park in Bocaue town on Tuesday afternoon. (Contributed photo)

Residents here described the late mayor as an “exemplary leader” and “beloved mother” of the town.

They were joined by her older brother Sen. Joel Villanueva, their father JIL Movement founder and CIBAC Rep. Eduardo “Eddie” Villanueva, and other relatives. INQ

Ex-mayor of Palo, Leyte dies of complications from COVID-19