Baguio rebranding self as safe destination in new normal 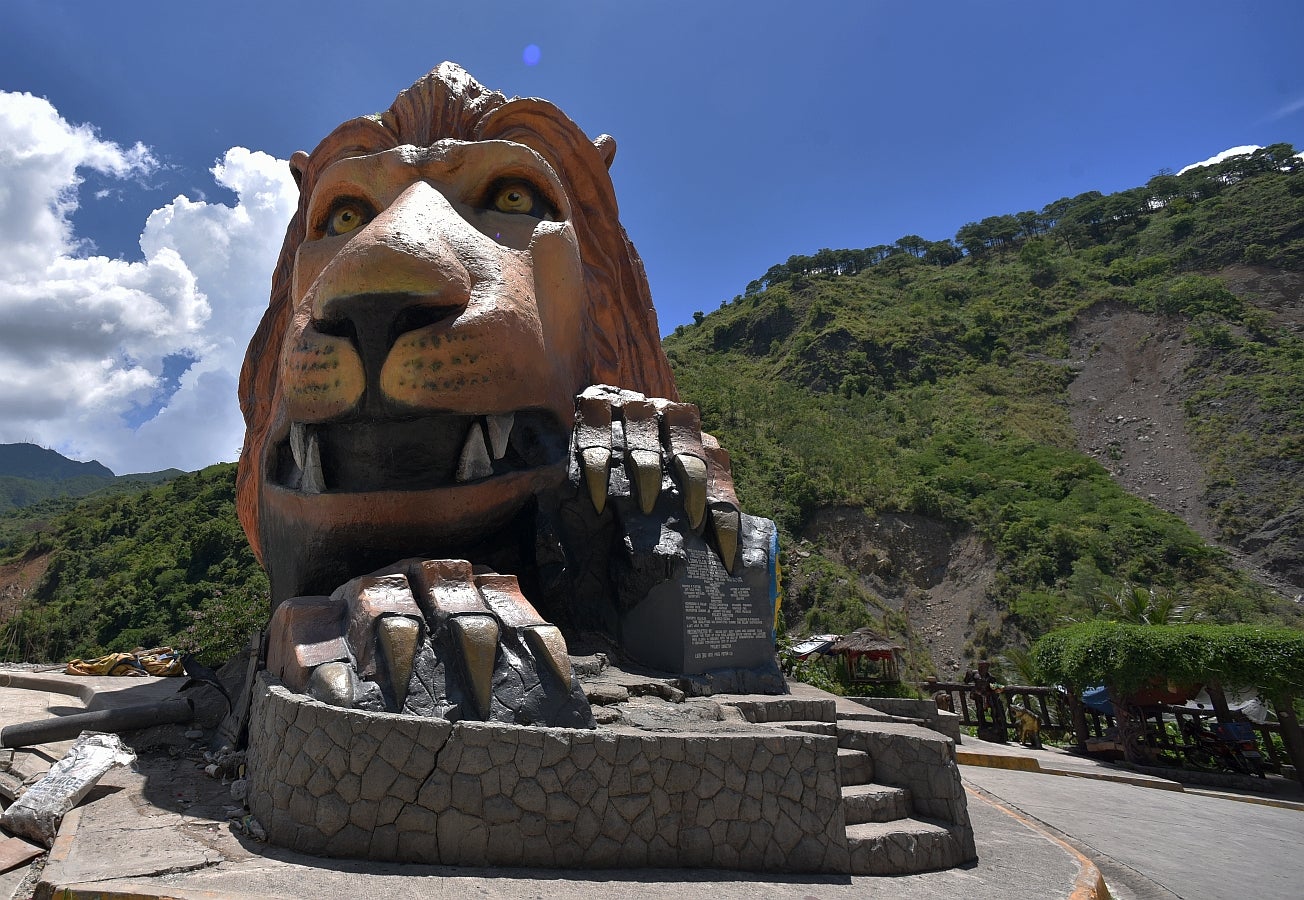 HEAD OF THE LINE. Baguio visits are incomplete without dropping by this massive lion’s head along Kennon Road. PHOTO BY EV ESPIRITU

BAGUIO CITY—The city is being re-marketed as a safe destination, hoping to salvage its core tourism industry in a period of uncertainty due to lingering fears about COVID-19.

But the primary feature of the Baguio rebranding campaign is public health, according to a tourism concept plan that hopes to see guests returning after Sept. 1 (Baguio Day).

When Baguio shifted to a modified general community quarantine (MGCQ) on June 1, more than 30 local hotels and accommodation establishments have been granted “certificates of authority to operate” by the Department of Tourism as of Monday (June 8).

“[But] like all other re-opened businesses, the tourism industry will adopt a gradual entry into the ‘New Normal,’” states the concept plan drawn up by the private sector-led Baguio Tourism Council (BTC). 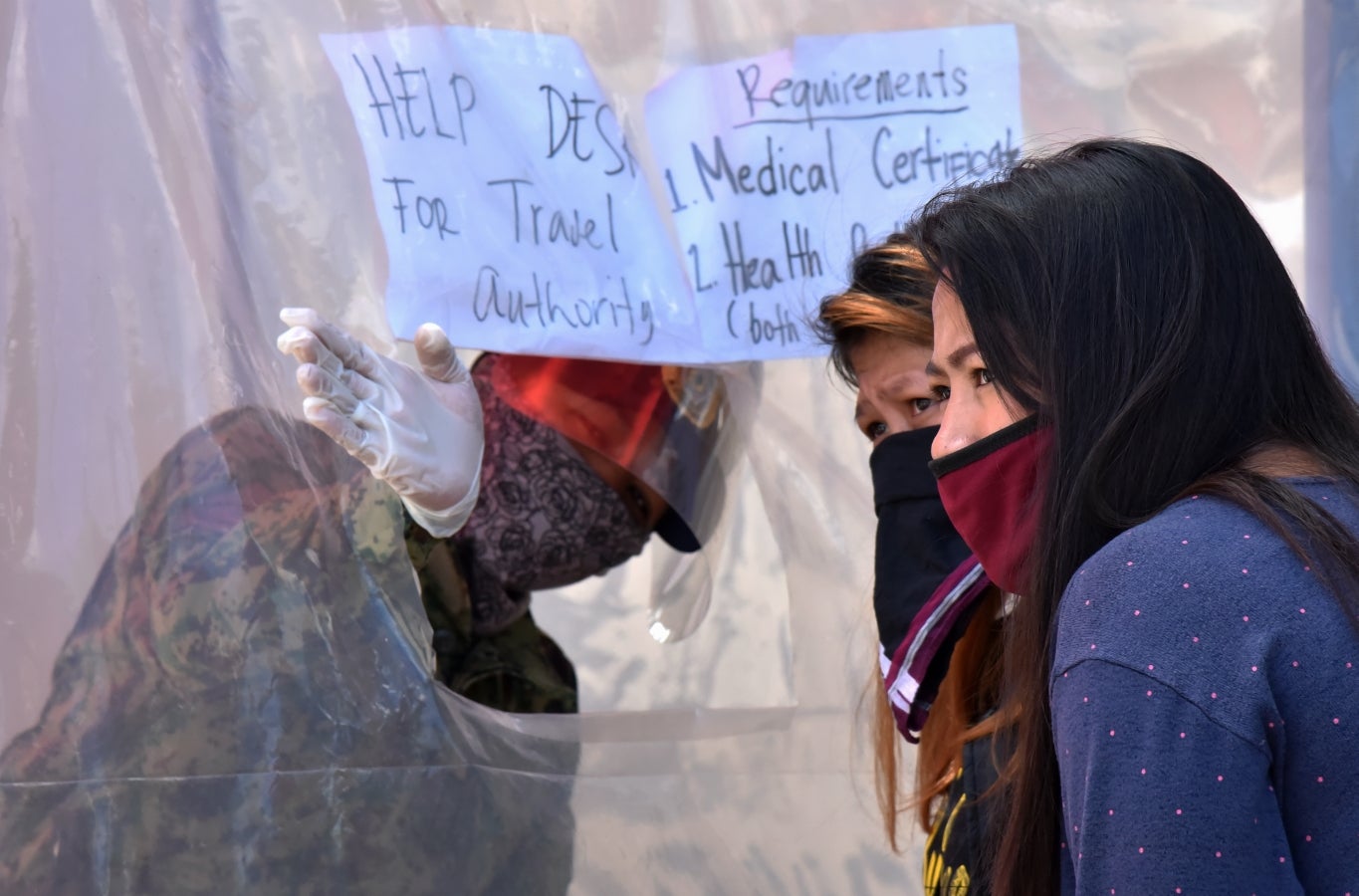 SAFE TRAVELS. Baguio has transitioned to modified general community quarantine, but travel to and from the city require stringent health regulations including medical clearances to prevent coronavirus transmissions. PHOTO BY EV ESPIRITU

Tourism-oriented businesses will abide by the “continuing observance and strict enforcement of health and occupational safety protocols as the basic strategy in preventing transmission and infection,” the plan says.

“Consequently, the traditional ways of promoting Baguio as a festival haven will have to be set aside in favor of new marketing approaches,” it said, which would affect primary tourist-drawers like the Panagbenga Flower Festival. 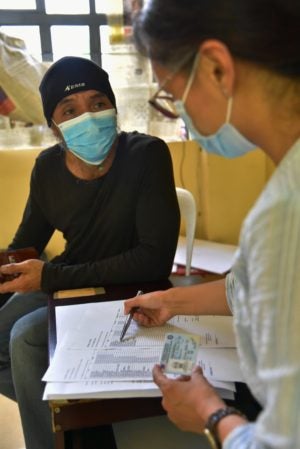 A local artist receives aid from the Baguio Tourism Office on Monday (June 8), from funds raised by a volunteer art group and tourist-oriented civic organizations. PHOTO BY EV ESPIRITU

Local filmmaker Ferdinand Balanag, meanwhile, has been documenting life during the quarantine for an online documentary, and other campaign materials.

It would “feature Baguio’s achievements to date with its success in containing the pandemic within its borders,… and encourage viewers to perceive Baguio’s strong culture, and ability to cultivate creativity.”

Balanag is one of the artists collaborating with the tourism council in a campaign to reform the industry through an “Angat Baguio” program, which would conclude with a series of activities under the slogan, “Akyat Baguio.”

This is the third time Baguio is being rebranded.

The mountain city was designed and built by the American colonial government at the start of the 20th century, but it was flattened at the end of World War II by American bombers. In rebuilding, the city government invested in promotional campaigns to lure back people to the mountain resort.

Baguio had to re-package its charms again after the July 1990 earthquake destroyed the city for a second time. Panagbenga represents the community’s most successful campaign to draw back visitors, as well as residents who fled after the quake.

The COVID-19 pandemic cost the city up to P1.4 billion in revenues and lost opportunities, when crowd-drawing activities, like the flower festival, were cancelled in February, and when travel was banned during the Luzon lockdown, the city government said.

“In a nutshell, Baguio tourism today is faltering. Tourist arrival has begun declining in February 2020 all through March, April, and May,” BTC said in its concept plan.

“The downturn loss throughout the industry has been at 75 percent,” it said.

“Hotel accommodations have been at a dismal percentage, while services allied to tourism are in similar dire straits,” the BTC said.

“Restaurants, eateries, diner shops, souvenir shops, transport and tour guide operations and other tourism-related outlets have been grounded,” it added.

The crisis displaced 4,000 tourism sector workers, including artists and performers. The BTC, the Council for Baguio Creative City and a volunteer group called Good ACTS (Artists and Craftspeople Trust Support) have been raising funds for them.