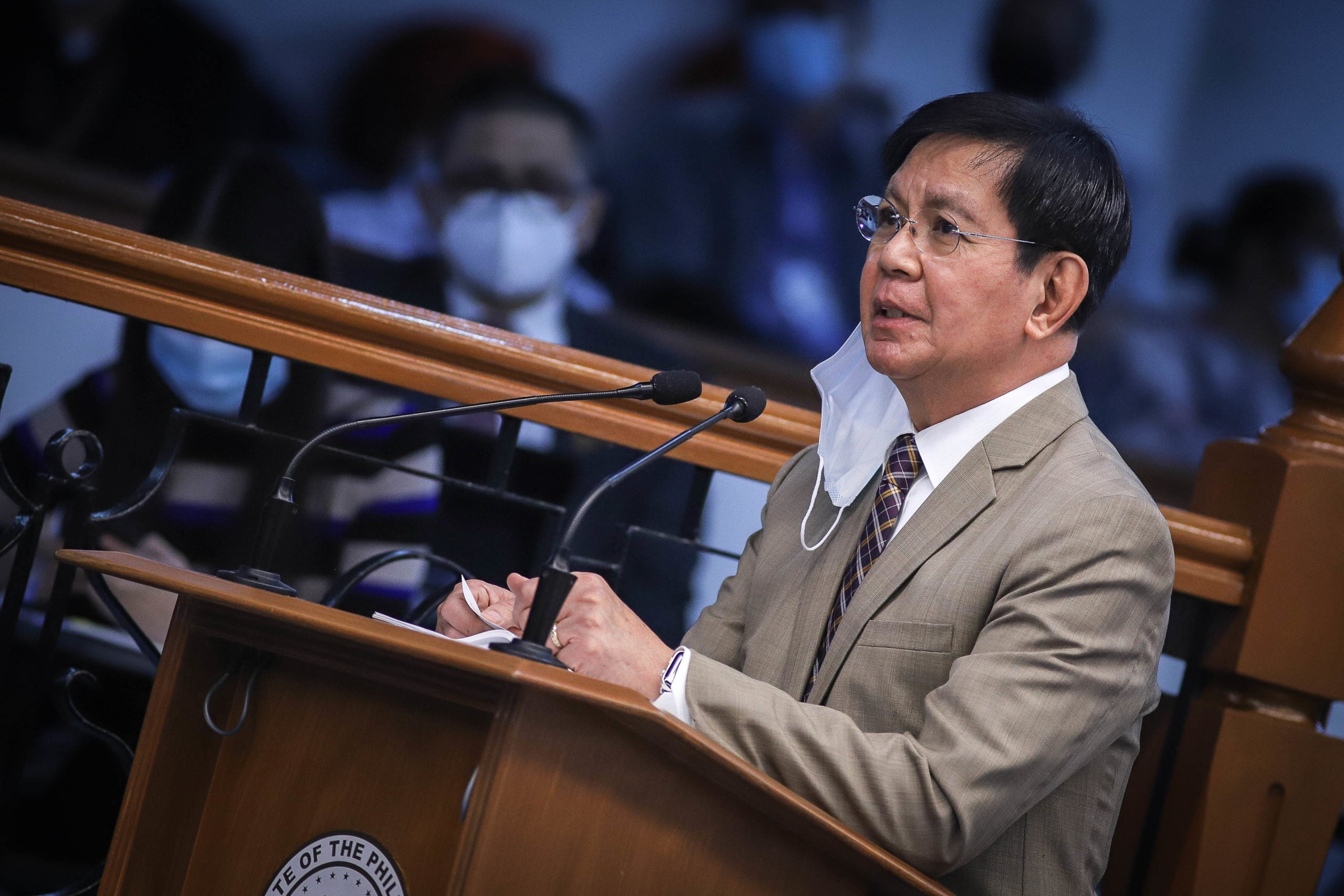 MANILA, Philippines — The Department of Justice (DOJ) can still interfere in the passage of the anti-terror bill into law by advising President Rodrigo Duterte to veto the proposed measure.

Senator Panfilo Lacson, one of the principal authors of the controversial bill in the Senate, raised this possibility as he pointed out that the measure’s approval in the House of Representatives could no longer be recalled.

Last week, the lower chamber passed on third and final reading the anti-terror bill after the President certified it as urgent.

But a few days after the House’s approval, at least 20 lawmakers have either had their names removed from the list of authors or have retracted or corrected their vote.

“I don’t think (it can be recalled) because they have voted on it. It was passed on third and final reading and I believe today, it’s going to be an enrolled bill to be submitted to Malacañang for the President to either veto, or approve or just make it lapse into law after 30 days,” Lacson said in an interview on ABS-CBN News Channel.

However, the senator said the DOJ could still advise the President to veto the bill “altogether.”

Over the weekend, the DOJ started reviewing the measure and checking whether or not its provisions are in accordance with the 1987 Constitution.

“The DOJ can still interfere by advising the President to veto the bill altogether. Because remember, this is not a revenue measure nor is it a budget measure, so there’s no line item veto here. Either the President vetoes the bill in whole, not in part, or he approves it,” Lacson said.

The senator also denied any “vagueness” in the crafting of the bill and the definition of terrorism provided under the measure.

“There’s no vagueness in the crafting of the bill or in the definition of terrorism itself, because it is clearly defined. There are delimitations. While we have included five acts that would constitute acts of terrorism, we made it very clear that the purpose of such acts by its nature and context, it should be taken into consideration,” he explained.

“And then at the latter part, we added a proviso that emphasizes the observance or adherence to the Bill of Rights,” he added.

The Anti-Terror Bill seeks to strengthen the Human Security Act of 2007 and punish those who will propose, incite, conspire, participate in the planning, training, preparation, and facilitation of a terrorist act; including those who will provide material support to terrorists and recruit members into a terrorist organization.

However, several critics said the bill is open to abuse as it bears vague provisions that may be used to clampdown dissent. Critics also questioned the government’s interest in the anti-terror bill since Duterte certified the proposal as urgent even if the country is reeling from the coronavirus pandemic.

Citing the proposed measure, Lacson said that “advocacy, protests, dissent, stoppage of work, industrial or mass action and other similar exercises of civil and political rights which are not intended to cause death or serious physical harm to a person, to endanger a persons life, or to create a serious risk to public safety” are not defined as acts of terrorism under the bill.

“That’s very clear, because people tend to contemplate or read the proposed measure not in totality but piecemeal…But if they read the total provision defining or the definition of terrorism they will not arrive at the conclusion that they are doing now,” he went on.