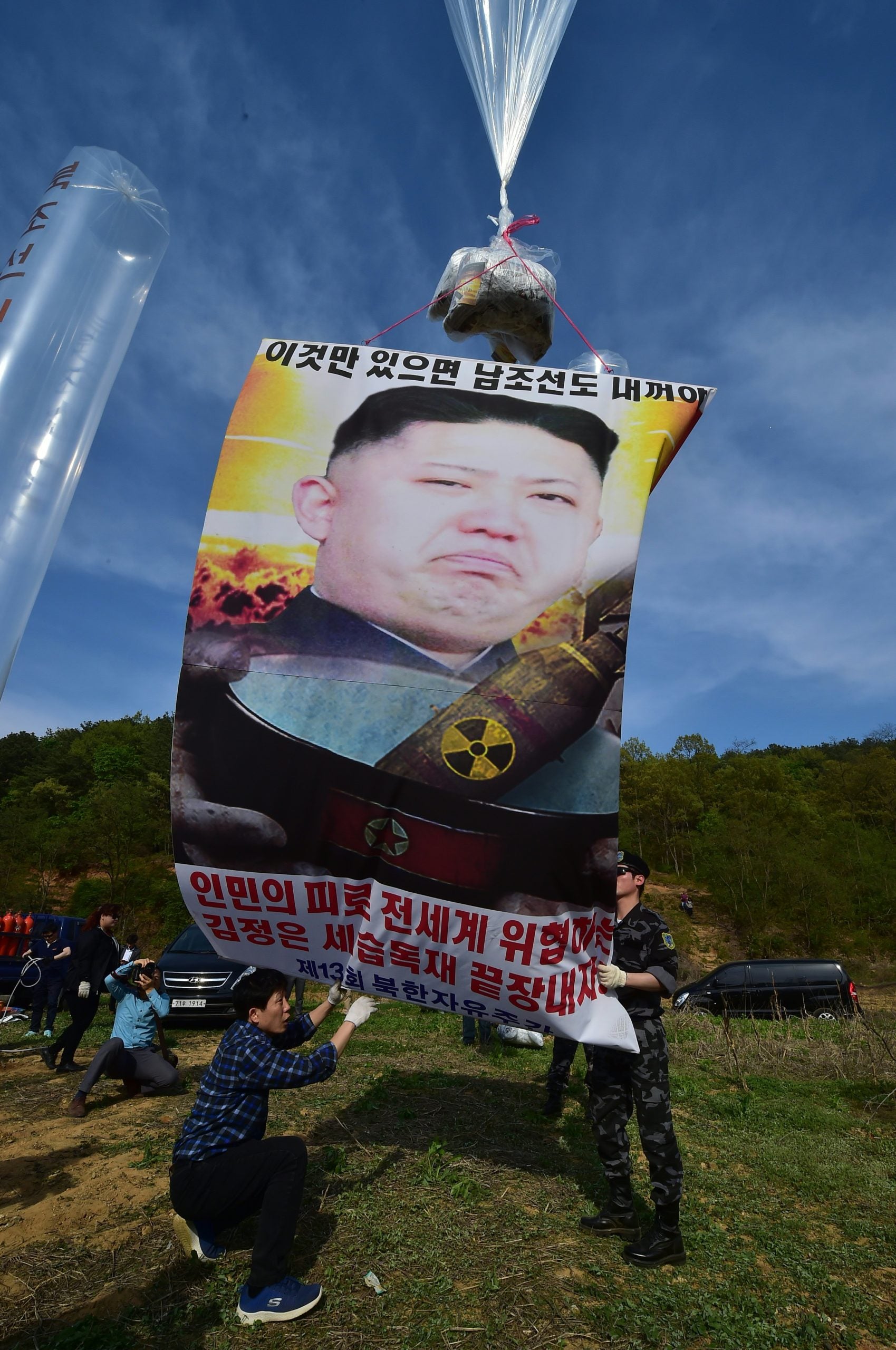 South Korean activists release a banner showing North Koran leader Kim Jong-Un hanging on a balloon at a field near the Demilitarized zone dividing the two Koreas in the border city of Paju on April 29, 2016. – South Korean and US activists on April 29 launched anti-Pyongyang leaflets over the border where tensions have been running high since the isolated state’s last nuclear test in January. (Photo by JUNG YEON-JE / AFP)

SEOUL — North Korea has threatened to close a liaison office with the South as officials seethe over anti-Pyongyang leaflets sent across the border, saying further steps were also in the pipeline to make Seoul “suffer.”

The warning is the second in two days of possible retaliation over Seoul’s failure to stop North Korean defectors dropping the information from hot-air balloons criticizing the regime’s human rights record and nuclear ambitions.

On Thursday, Kim Yo Jong, the powerful sister of North Korean leader Kim Jong Un, threatened to scrap a military agreement signed with Seoul and pull the plug on other inter-Korean projects.

“As the first thing, we will definitely withdraw the idling North-South joint liaison office,” a spokesman for the North’s United Front Department, which handles inter-Korean relations, said in a statement Friday carried by the Korean Central News Agency.

The closure of the office could be followed by “various measures” to punish Seoul, the spokesman added.

“We are about to start work that can hurt the South side soon to make it suffer,” he said.

South Korean officials have said they will push for a law banning the leaflet activities, but the move has triggered a debate over potential infringements on freedom of expression.

An official with the South’s presidential office has said the leaflet campaign does “more harm than good”.

Operations at the liaison office have already been suspended because of the coronavirus pandemic.