Several business groups have publicly opposed the terror bill, joining a growing voice of dissent against the measure being pushed amid a pandemic.

In a joint statement on Friday, eight business groups expressed their “opposition in the strongest possible terms to the enactment” of the bill that had recently passed Congress.

President Rodrigo Duterte had certified the bill as urgent, but his spokesperson, Harry Roque, made an assurance that the bill would still be subject to a “final review by the President to ensure that it is compliant with the Constitution.”

Critics said the bill could further empower the administration to silence dissent.

The groups, which include influential organizations, such as the Management Association of the Philippines (MAP) and the Makati Business Club (MBC), echoed the sentiments earlier raised by civic groups and other critics of the bill. 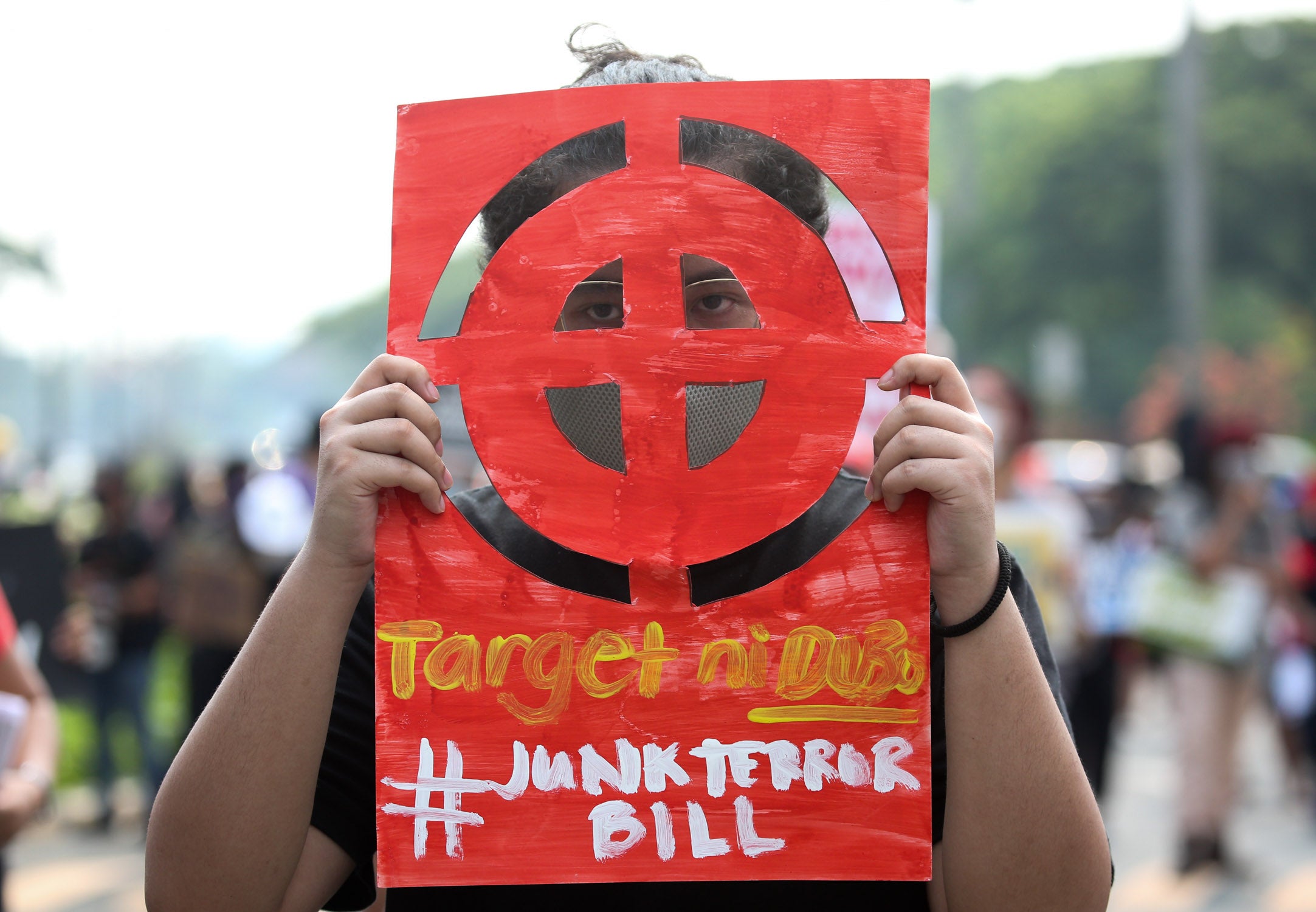 ‘HIGHLY DIVISIVE’ A protester at the June 4 rally in UP Diliman against the House-approved terrorism bill. —LYN RILLON

Focus ‘on what really matters’

“The Anti-Terrorism Act of 2020 is highly divisive because it poses [a] clear and present danger to human rights enshrined in our Constitution at a time when our nation needs to come together as one,” they said.

The government and the private sector should instead focus “on what really matters,” such as addressing the socioeconomic impact of the pandemic; strengthening the health-care system; and improving the investment climate to create more jobs, the business groups said.

“We are all suffering and fighting for survival: businesses are closing down, people are losing their jobs, those who still have jobs find it impossible to find safe transportation to work, our children are going hungry and the continuity of their education is under threat,” they said.

While the groups said they appreciate the need for peace and security, they said the current threats to national security are already addressed by existing policies and therefore “do not require urgent new legislation.”

“We need to come together, united around a set of relief and recovery measures that will help us come out of this pandemic a stronger and more resilient nation,” the groups said.

“These are what our country needs to pull us out of our crisis and get back on our feet,” they said.