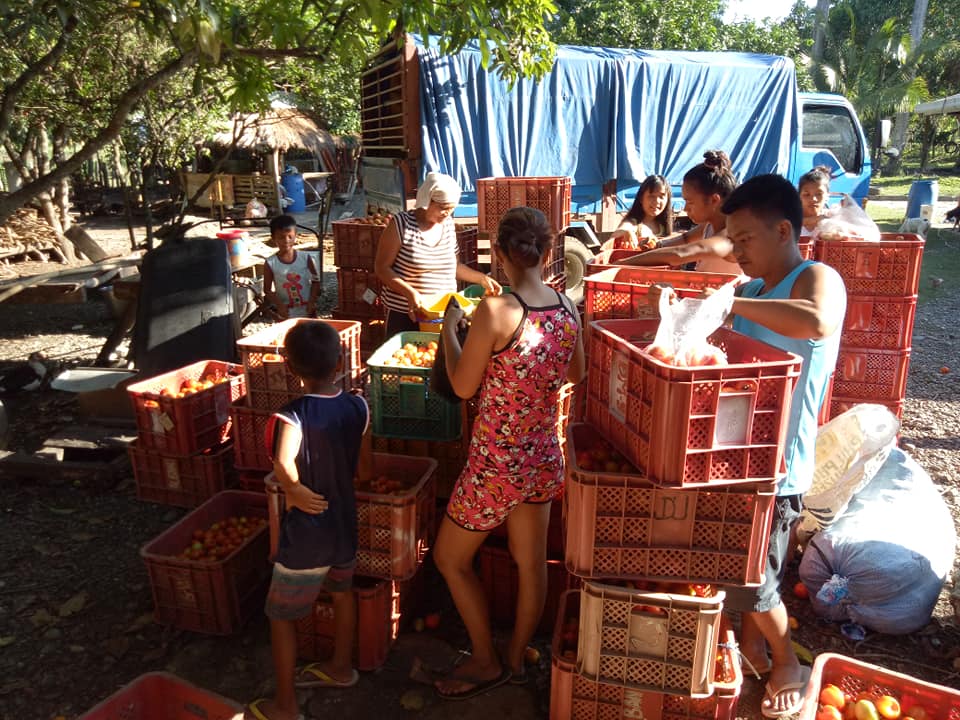 FREE Tomatoes are being given for free by farmers in Ifugao province amid a supply glut and drop in price due to continuing transport restrictions as the government battles the coronavirus pandemic. —PHOTO FROM ADRIAN ALBANO OF IFUGAO HIGHLAND FARMERS’ FORUM

BAYOMBONG, NUEVA VIZCAYA—Vegetable farmers dumped tons of ripe tomatoes on roadsides here and in nearby Ifugao province due to a glut in supply and low market prices.

Small and medium-sized tomatoes were found abandoned along the roads in Tinoc town in Ifugao on Tuesday, a week after tomatoes were also seen rotting on a roadside in Bambang town in this province.

“The sorry sight of dumped tomatoes adds to the woes of farmers, who are suffering from the impact of the quarantine,” Adrian Albano, administrator of Ifugao Highland Farmers’ Forum, told the Inquirer by telephone on Thursday.

According to farmers, the low retail price of tomatoes would prevent them from recovering their huge production expenses, as it would only cost them more to transport the produce to buyers.

The market price of tomatoes dropped from P12 to P4 a kilogram, as reflected in the June 4 transactions at the Nueva Vizcaya agricultural terminal in Bambang.

Albano said farmers donated some of their produce to quarantined communities.

The municipal governments of Aritao and Solano in Nueva Vizcaya, and the governments of Kiangan and Lagawe towns in Ifugao deployed dump trucks to fetch tomatoes that were not delivered to local markets due to size deficits.

Each of these towns got 4,000 kilograms of tomatoes and 1,500 kg of bell pepper for free to feed households told to stay indoors, Albano said. —VILLAMOR VISAYA JR.