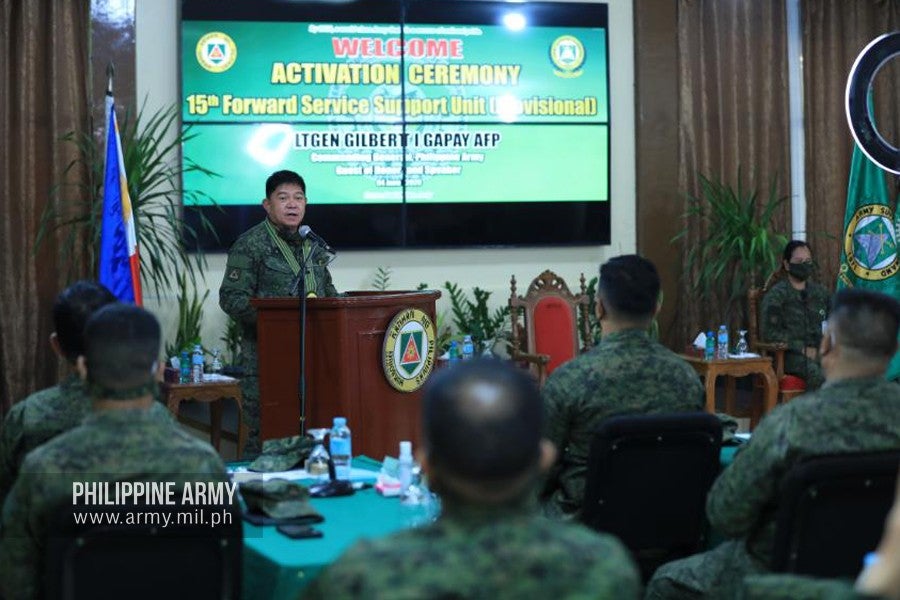 A new Army unit has been activated on Thursday (June 4) to supervise logistical support for soldiers battling terrorists in Sulu and Tawi-Tawi. OACPA

MANILA, Philippines—A new Army unit has been activated on Thursday (June 4) to supervise logistical support for soldiers battling terrorists in Sulu and Tawi-Tawi.

In a statement, the Army said the new unit would focus on logistical and other needs of the 11th Infantry Division and other Army units in Sulu and Tawi-Tawi which play a key role in securing the so-called country’s southern backdoor against terror groups like Abu Sayyaf and others.

The Abu Sayyaf, a homegrown terror group, is notorious for kidnappings in Sulu and waters nearby. Most factions had pledged allegiance to Islamic State.

Amid the pandemic, the statement quoted Gapay as saying, “the country depends so much on the Army’s logistics and we expect this to continue.”

“As a newly activated unit of Ascom, I welcome 15FSSU to the ways the Army wins wars,” Gapay said.

The Army chief said the activation of 15FSSU is only the start of Ascom’s future initiatives.

Ascom was expected to launch programs to improve troop readiness, coordination with logistics units of other services, the Procurement Management Office and upgrade the Army’s little known Chemical, Biological, Radiological, Nuclear platoon to a company.