EU: George Floyd’s death was ‘an abuse of power’

BRUSSELS — The European Union’s top diplomat said Tuesday the death of George Floyd was the result of an abuse of power and that the 27-nation bloc is “shocked and appalled” by it.

EU foreign policy chief Josep Borrell told reporters that “like the people of the United States, we are shocked and appalled by the death of George Floyd.” 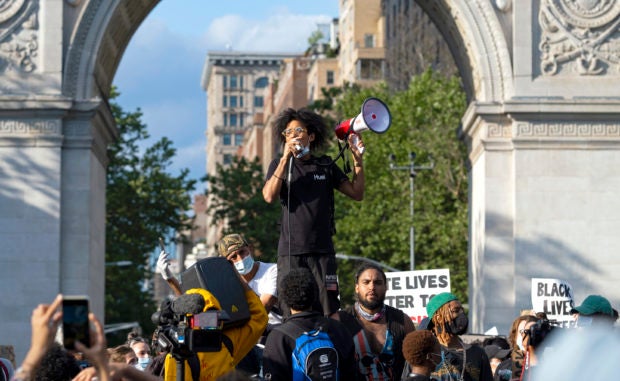 Protestors at Washington Square Park in New York take part in a demonstration Monday, June 1, 2020, as they and others gather to protest the death of George Floyd, who died May 25 after he was pinned at the neck by a Minneapolis police officer. (AP Photo/Craig Ruttle)

Floyd died last week after he was pinned to the pavement by a white police officer in Minneapolis who put his knee on the handcuffed black man’s neck until he stopped breathing. His death set off protests that spread across America.

Borrell said law enforcement officials must not be “using their capacities in the way that has been used in this very, very unhappy death of George Floyd. This is an abuse of power and this has to be denounced.”

He underlined that Europeans “support the right to peaceful protest, and also we condemn violence and racism of any kind, and for sure, we call for a de-escalation of tensions.”

Borrell said that “we trust in the ability of the Americans to come together, to heal as a nation and to address these important issues during these difficult times.”