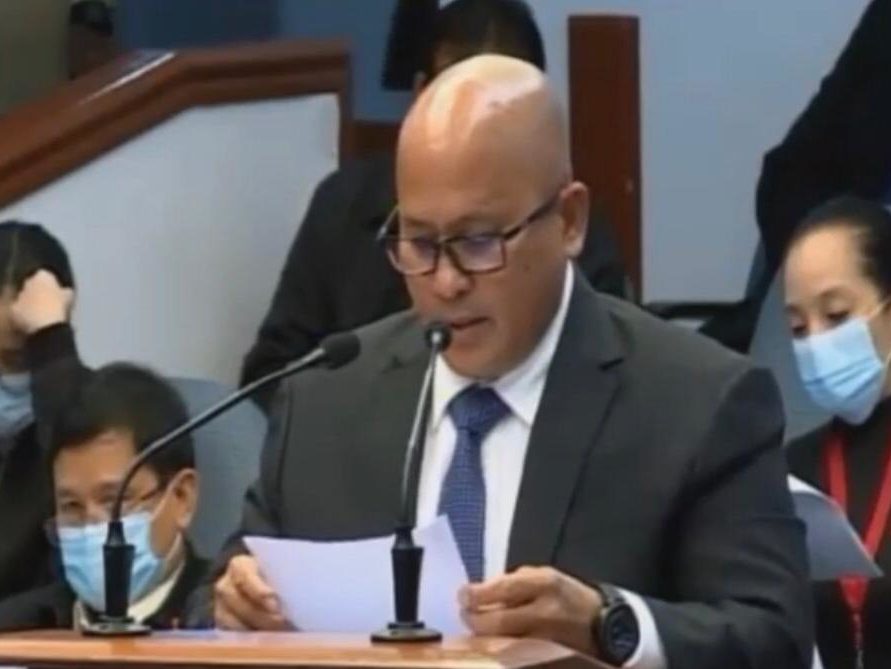 During Monday’s session, Sotto asked a Senate staff member to fetch Dela Rosa from his office.

“Bring him (Dela Rosa) down here,” the Senate president said.

The neophyte senator was among the eight senators physically present for the session. Fifteen senators are participating in the proceedings through teleconference.

The Senate earlier shifted to “hybrid” plenary sessions and committee hearings as the coronavirus pandemic triggered restrictions in Metro Manila and other parts of the country.

Dela Rosa, as chair of the Senate public order and dangerous drugs, sponsored two bills during the session.

One measure seeks to increase the recruitment quota of female police officers. The other bill, meanwhile, aims to lower the minimum height requirement for applicants of the Philippine National Police (PNP), Bureau of Fire Protection (BFP), the Bureau of Jail Management and Penology (BJMP), and the Bureau of Corrections (BuCor).