Duterte still in Davao, will address nation on Thursday – Palace 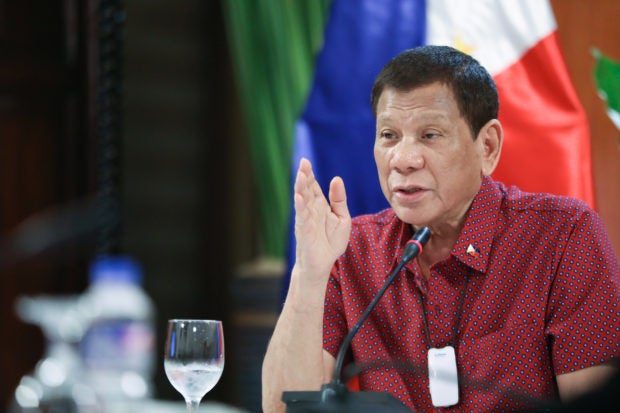 President Rodrigo Roa Duterte updates the nation on the government’s efforts in addressing the coronavirus disease  2019 (COVID-19) at the Malago Clubhouse in Malacañang on May 28, 2020. ACE MORANDANTE/PRESIDENTIAL PHOTO

MANILA, Philippines – President Rodrigo Duterte is set to address the nation and meet the members of the Inter-Agency Task Force (IATF) for Emerging Infectious Diseases in Davao City on Thursday, Malacañang said.

During a televised briefing Monday, presidential spokesperson Harry Roque said Duterte is still in Davao to check on the situation in Mindanao.

(Now that he is in Mindanao, he is not only there for reunion. He is only looking inot the situation in Mindanao. In fact, he will have official functions in Davao including an address to the nation and meeting with some IATF members.)

(Some members of the IATF will go to Davao for the address and meeting.)

“If I’m not mistaken, it will happen on the 4th, Thursday, he further said.

It was the President’s second visit to Davao City since several areas were placed under enhanced community quarantine in mid-March.

Davao City, just like Metro Manila, is under general community quarantine (GCQ)  status from June 1 to June 15 amid the coronavirus disease 2019 (COVID-19) pandemic.