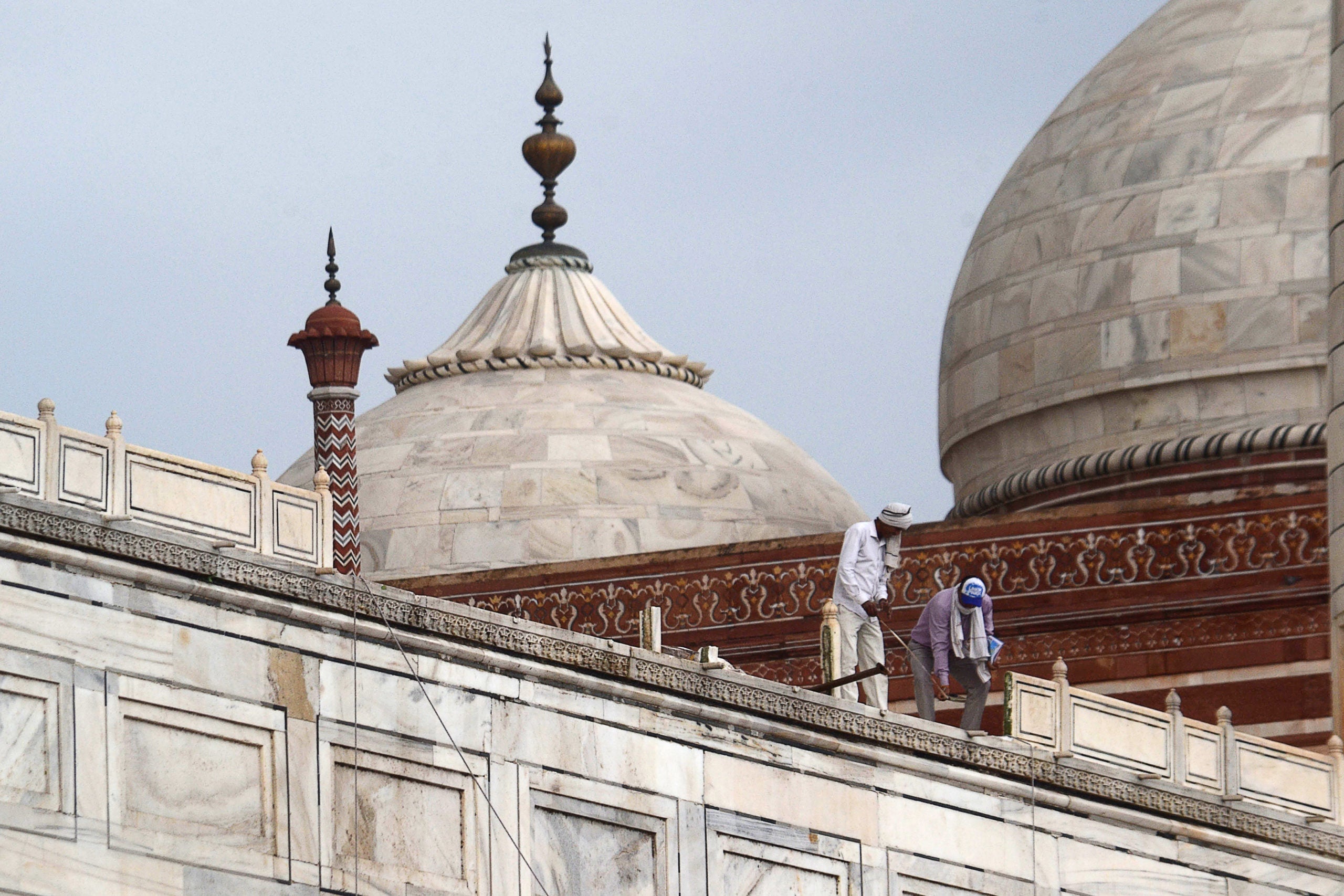 In this picture taken on May 30, 2020, workers stand on the railing of the Taj Mahal after it was damaged due to a heavy rainstorm in Agra. (Photo by Pawan Sharma / AFP)

AGRA, India — A deadly thunderstorm that rolled across parts of northern India damaged sections of the Taj Mahal complex, including the main gate and a railing running below its five lofty domes, officials said Sunday.

One of the New Seven Wonders of the World, India’s top tourist attraction has been shut since mid-March as part of measures to try and combat the coronavirus pandemic.

“One sandstone railing which was a part of the original structure has been damaged,” Superintending Archaeologist of the Archaeological Survey of India, Vasant Kumar Swarnkar, told AFP.

“One marble railing which was a later addition, a false ceiling in the tourist holding area and the base stone of the main gate has also been damaged.”

He added there was no damage to the main structure of the monument to love — built by Mughal emperor Shah Jahan as a tomb for his beloved wife Mumtaz Mahal, who died giving birth in 1631.

Last year, at least 150 people were killed by lightning in August and September in Madhya Pradesh state in central India.