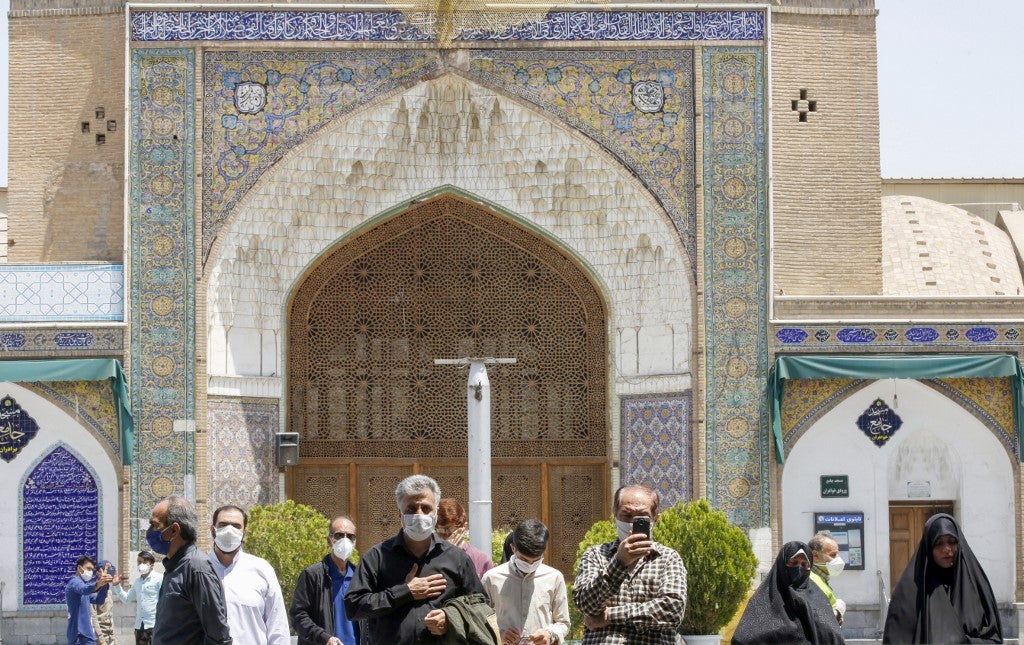 Iranians visit the Shah Abdol-Azim shrine in the capital Tehran on May 25, 2020, following the reopening of major Shiite shrines across the Islamic republic, more than two months after they were closed because of the Middle East’s deadliest novel coronavirus outbreak. (Photo by – / AFP)

Iran on Friday announced its highest number of new coronavirus infections in nearly two months and warned the Middle East’s deadliest outbreak was worsening in some regions.

The government has largely lifted the closures it imposed after Iran’s first cases were confirmed in February but has been watching out for any resurgence in the number of infections.

Health ministry spokesman Kianoush Jahanpour said 2,819 new cases were confirmed across the country in the past 24 hours, bringing the overall total to 146,668.

That figure is the highest Iran has announced for a single day since April 2.

New infections have been on a rising trajectory ever since hitting a near two-month low on May 2.

Jahanpour said that the virus had claimed another 50 lives over the same period, raising the overall toll to 7,677.

So far the government has reimposed a lockdown on just one province, Khuzestan on the border with Iraq in the southwest.

“The provinces of Khorasan Razavi, east and west Azerbaijan, Lorestan, Kurdistan, Kermanshah, Hormozgan and Mazandaran are also in a critical situation,” Jahanpour said.