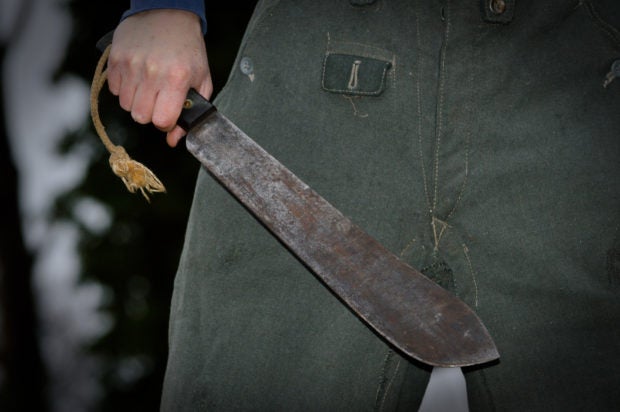 Two men in Australia who were hired to carry out someone’s sexual fantasies went inside the wrong house while carrying machetes and left after realizing their mistake.

One of the men, Terrence Leroy, was found not guilty of entering the house with the intent to intimidate while armed with an offensive weapon, the Australian Associated Press reported via The Sunday Times yesterday, May 28.

The incident happened on July 14, 2019. Leroy was acquitted early this month.

According to the report, Leroy and his companion were hired to engage in role-playing by a man residing in Goolgowi, New South Wales. The client apparently wanted to be tied up and have a “broom rubbed around his underwear.”

Judge Sean Grant described the facts of the case as “unusual.” The two men carried the machetes as a prop or “something to use” in the fantasy. The report did not specify if carrying a machete was part of the client and Leroy’s team’s agreement.

The client was apparently willing to pay 5,000 Australian dollars (over P168,000) if the service was “really good,” the judge said.

The men had made the arrangements on Facebook with the client giving them his address. The client had to update his address later on because he moved to another residence.

Leroy and his partner arrived at the street of their client’s first address and entered the wrong house. The resident who lived at the address was startled to find two men at his bedside holding machetes.

They asked the person living in the house if he was their intended client and the resident said no. After realizing their mistake, one of the intruders said, “Sorry mate,” then shook the resident’s hand. As per report, the other man said “bye” before the duo drove off.

The shocked resident contacted the authorities.

The two men eventually arrived at the correct address. Their client noticed the “big knife” that one of the two men was carrying and asked him not to bring it inside his home.

According to the report, the three men had coffee. The client made bacon, eggs and noodles. Leroy fell asleep on the couch. The police later  arrived and found the machetes in the duo’s car.

The judge said the court was convinced that Leroy was one of the men in the first house with a machete, but that his intention was not to intimidate anyone.

Leroy’s lawyer had argued that the entry was for “non-criminal purpose” and strictly a “commercial agreement.” Cha Lino /ra