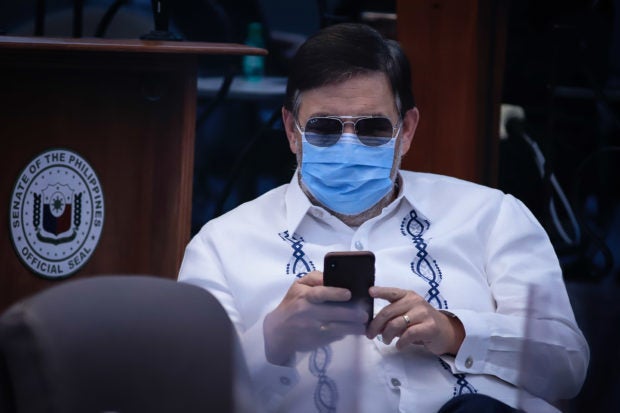 MANILA, Philippines — Government officials should avoid making policy pronouncements, such as traffic guidelines, if they are still in the process of being discussed and polished.

Senate President Pro Tempore Ralph Recto on Wednesday said this is to avoid confusion among the public.

Policies should be made with language that is simple and easy to understand as “tentative rules released by installment only create confusion,” he added.

(Confusion can be avoided if guidelines released by officials are already approved, finished, and final.)

(If this is still being polished and discussed, government officials should not release it yet to avoid creating confusion.)

The senator made the statement as the shift to general community quarantine (GCQ) looms over Metro Manila after its mayors “unanimously” agreed that they will recommend the shift by June 1.

Under their recommendation, bus and jeepney operations will remain suspended under GCQ since transport agencies are still arranging bus routes for the community quarantine.

The National Capital Region, along with Laguna province and Cebu City, is currently placed under modified enhanced community quarantine (MECQ) which is set to last until May 31.

“People tasked to implement and explain rules, more so those who wield bullhorns should avoid making ambiguous pronouncements that only lead to GCQ –  general confusion and questions,” Recto said.