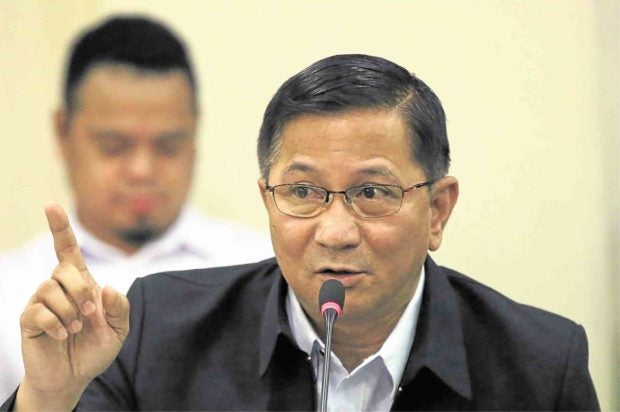 In the statement sent by PDEA spokesperson Derrick Carreon to reporters on Tuesday, Aquino thanked President Rodrigo Duterte and PDEA personnel who have worked with him since he was appointed to lead the said office.

“I sincerely thank President Rodrigo Duterte for his trust and confidence and for giving me the opportunity to serve our people and his administration,” Aquino said.  “I also thank the men and women of PDEA for their support to my leadership and dedication to the agency.”

“Thank you for the honor of serving as the 6th Director General of PDEA.  God bless us all on our next journey,” he added.

INQUIRER.net asked Carreon on the reason behind Aquino’s impending departure from PDEA but he has yet to answer as of posting time.

Aquino, a former police general, was appointed by Duterte last August 2017. During his term, the government carried out several operations that led to the confiscation of illegal drugs under the Duterte administration’s controversial drug war.

The PDEA chief gained headlines late last year when he shared his post as chair of the Inter-Agency Committee on Anti-Illegal Drugs (ICAD) with Vice President Leni Robredo, following her appointment to the role by Duterte.

Aquino and Robredo met several times but also disagreed on several issues, including the scrapping of the Philippine National Police’s Oplan Tokhang.