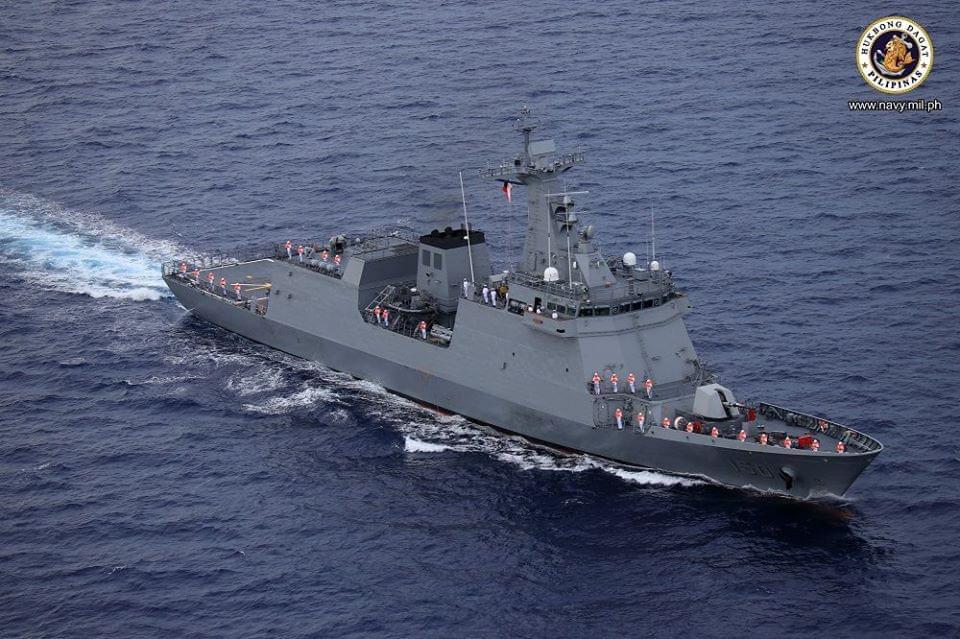 “The arrival of the country’s most advanced warship, delivered during this administration, is a testament to President Rodrigo Roa Duterte’s commitment to modernize our armed forces,” Presidential spokesperson Harry Roque said in a statement.

While the frigate acquisition project was initiated during the Aquino administration, the deal was signed in October 2016, or four months after Duterte became President. It had a contract price of P16 billion.

The frigates deal attracted public interest in late 2017 after a conflict in the selection of the combat management systems (CMS), considered as the “brain” of the warships.

The disagreements stemmed from the failure of the shipbuilder to meet the original preference of CMS by the Philippine Navy’s technical working group.

Duterte’s closest aide, now Senator Christopher “Bong” Go, was accused of intervening in the frigate controversy at some point, as his name had appeared in some documents related to the project. Defense and military officials, however, cleared Go of the allegations that he was personally involved.

It wasn’t clear to this day the extent of Malacañang’s part in the frigate project. In the Senate hearing in February 2018, Christopher Lao, Go’s then undersecretary, said they merely listened to the officials involved about the CMS selection issue but they did not participate in resolving it.

The future BRP Jose Rizal is tentatively scheduled for commissioning on June 19, the birthday of the ship’s namesake, Dr. Jose Rizal. The ship will first undergo technical inspection and acceptance.

The second frigate, the future BRP Antonio Luna (FF-151), is expected to be delivered before yearend.

“This forms part of the national leadership’s initiative to enhance the country’s defense capabilities to secure our seas against current threats,” Roque said.

He said this was considered a “breakthrough” in the “Philippine Navy’s transformation journey in our goal of building a strong and credible maritime force.”