Health Undersecretary Maria Rosario Vergeire on Friday said an oversight board of the Department of Health (DOH) had issued show-cause orders to hospitals that have reportedly refused admission to patients as the coronavirus crisis stretched them to full capacity.

She reminded the administrators of these hospitals that they could not turn away patients as this would be a violation of Republic Act No. 10932, which strengthened the antihospital deposit law.

Hospital officials found to have violated the law may be imprisoned for not longer than six years or be made to pay a fine of up to P1 million. 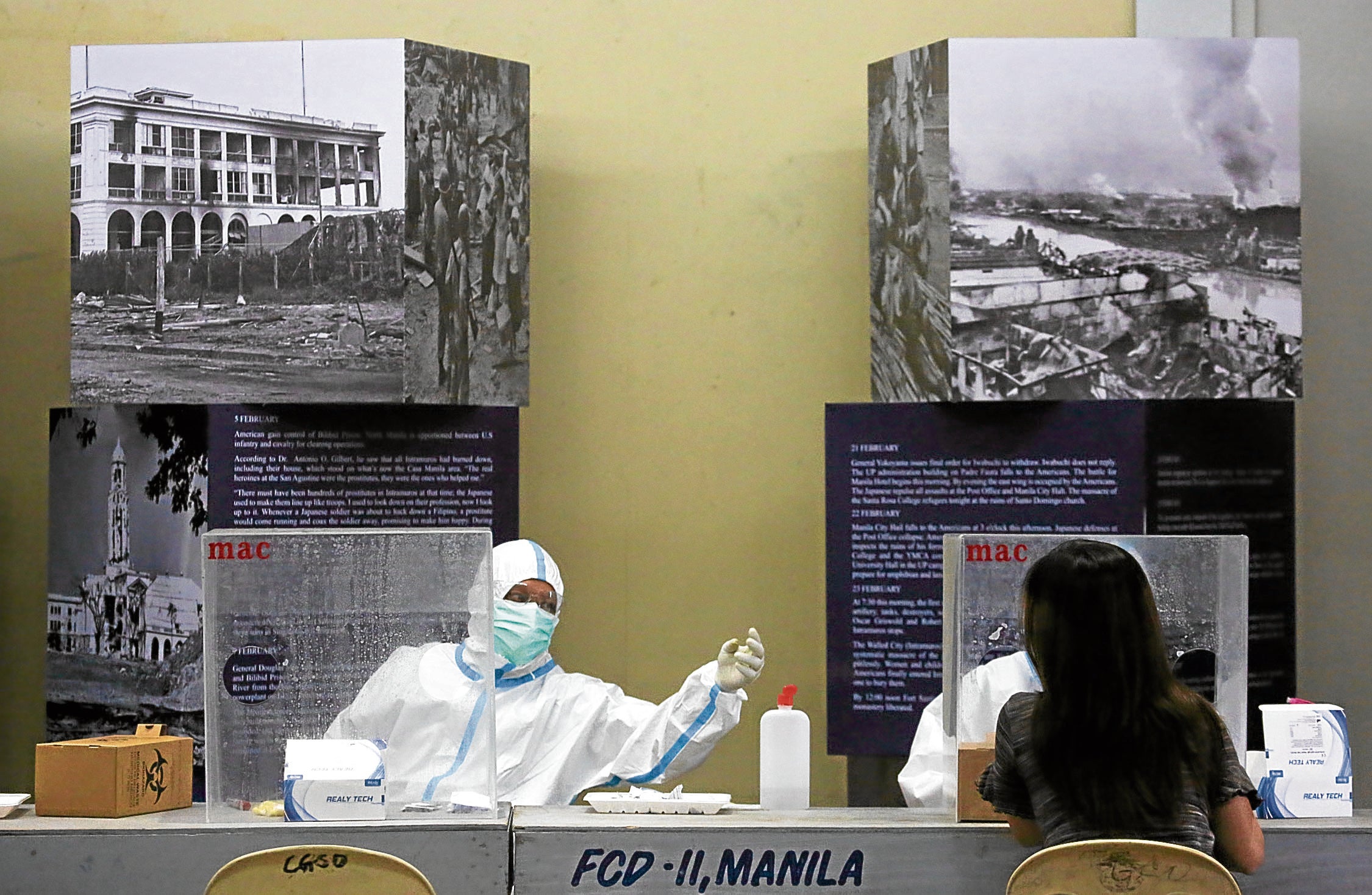 MANILA CATCHES UP Nurses under Manila’s health department conduct rapid antibody tests for the coronavirus inside City Hall. Scheduled for testing on Friday were employees of the engineering department and applicants seeking travel passes. —LYN RILLON

On Friday, the DOH recorded 163 new coronavirus cases in the country, bringing the current national tally to 13,597.

More than half of the new cases, or 91, are in the National Capital Region, while a third, or 56 are from Central Visayas.

The total number of recovered patients increased to 3,092, with the recovery of 92 more patients.

The death toll climbed to 857 as 11 patients died from the severe respiratory disease.

Medical front-liners account for 1 in 6 infections. There are 2,336 health-care workers who have contracted the SARS-CoV-2 virus, which causes COVID-19, of whom 1,086 have recovered and 31 have died.

The DOH expressed confidence that it would be able to more than double the country’s testing capacity in a week’s time to meet its target of 30,000 daily tests.

Vergeire said that because of various public-private partnership strategies under Task Force T3—the public-private task force launched last April with the aim of expanding mass testing—the goal of 30,000 daily tests by the end of the month “can be reached.”

This goal includes the provision of equipment and supplies and their delivery to various provinces, the setting up of an inventory management system to streamline laboratory operations, and the possible establishment of “modular popup laboratories.”

“With these strategies, we expect to reach the 30,000 tests per day by the end of the month,” Vergeire said.

As of Friday, there are 31 accredited laboratories nationwide that can now test patients.

A total of 90 laboratories are on stage 3 or 4 of the accreditation process, which means that either laboratory personnel are undergoing training or the laboratory has yet to pass its proficiency test.

Based on DOH data, the most number of tests done in a single day was on May 14 when 11,508 tests were conducted.

Earlier, the DOH set an end-April target of 8,000 in daily testing capacity. It reached that target on May 10.