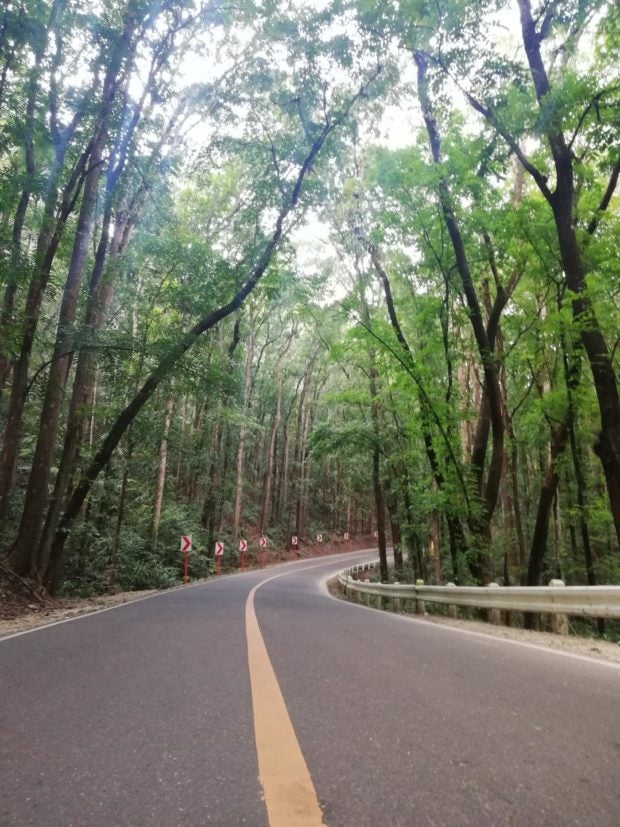 The man-made forest in Loboc and Bilar towns in the province of Bohol. (Photo by Helen Castaño)

“There are already 33,000 enrolled in the system and the highest is Leyte which is 4,000 [enrollees] already as of yesterday,” NHA General Manager Marcelino Escalada Jr. said in an interview on ABS-CBN’s Teleradyo.
The NHA official noted that five of the top 10 preferred provinces for the “Balik Probinsya” program are located in Visayas.

“My reading is that these were the people who left their provinces after [typhoon] Yolanda and after the Bohol earthquake kasi seven years nasa Maynila sila eh (because they were here in Metro Manila for seven years). ‘Yun ang analysis ko (That’s my analysis),” he said.’

Last May 13, 2020, Escalada said there were around 10,000 individuals who have already enrolled in the program.

Secretary Eduardo Del Rosario of the Department of Human Settlements and Urban Development earlier said the department is ready to offer housing units to qualified individuals who will return to provinces, saying there is an available inventory of units through the NHA which are unoccupied and unawarded.

Around one million residents of Metro Manila are expected to join the “Balik Probinsya” program in the next six months.

On Wednesday afternoon,116 individuals who enrolled in the program online left for Leyte province.

This is the first batch of send-off for qualified beneficiaries of the program.

Escalada said the next batch of “Balik Probinsya” beneficiaries may depart from Metro Manila by Friday next week.