US family turns in $1M found on street 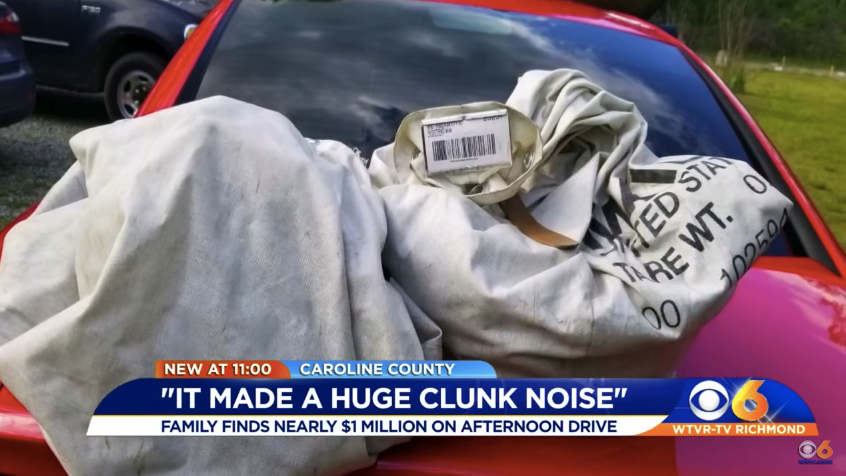 WASHINGTON–A sheriff’s department in the US state of Virginia praised a family who turned in two large mail bags they found in the middle of the road — filled with nearly $1 million in cash.

Emily Schantz told local television station WTVR that her family was out driving on Saturday when they ran over one of the bags.

At first, the family thought they had hit a bunch of trash. Then they found another bag in a nearby ditch.

It was only after they returned home that they realized they had nearly $1 million in cash in the back of their pick-up truck, wrapped in plastic inside the two bags.

But instead of hanging onto the windfall, the family turned the bags into the local sheriff’s department in Caroline County, located north of the Virginia state capital of Richmond.

“For someone so honest and willing to give that, almost a million dollars, back, it’s exceptional on their part,” said the department’s Major Scott Moser.

“We are proud and they represented this county well by being so honest,” he said.

Authorities said they do not know how the cash ended up in the middle of the street, but believe the money was being sent to a bank.

The bags have been delivered to a post office, which this time will ensure they reach their proper destination.