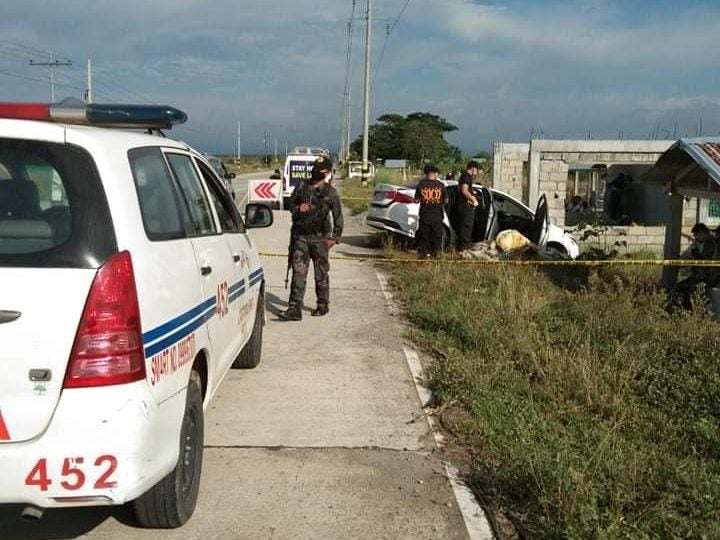 The remains of four car dealers are sprawld at the highway in Villarey, Piat, Cagayan as scene-of-the-crime operatives process the murder scene on May 20. —PNP-CAGAYAN

TUGUEGARAO CITY –– A councilor of Amulung town in Cagayan province was arrested on Wednesday, along with an alleged accomplice, for gunning down four car dealers in Piat town, Cagayan province, police said.

Their bullet-riddled bodies were found inside an abandoned car in a public cemetery.

Investigators are looking into Bargado‘s alleged link to a stolen vehicle.

Murder charges had been filed against the councilor and the construction worker. Two other suspects are being hunted down.