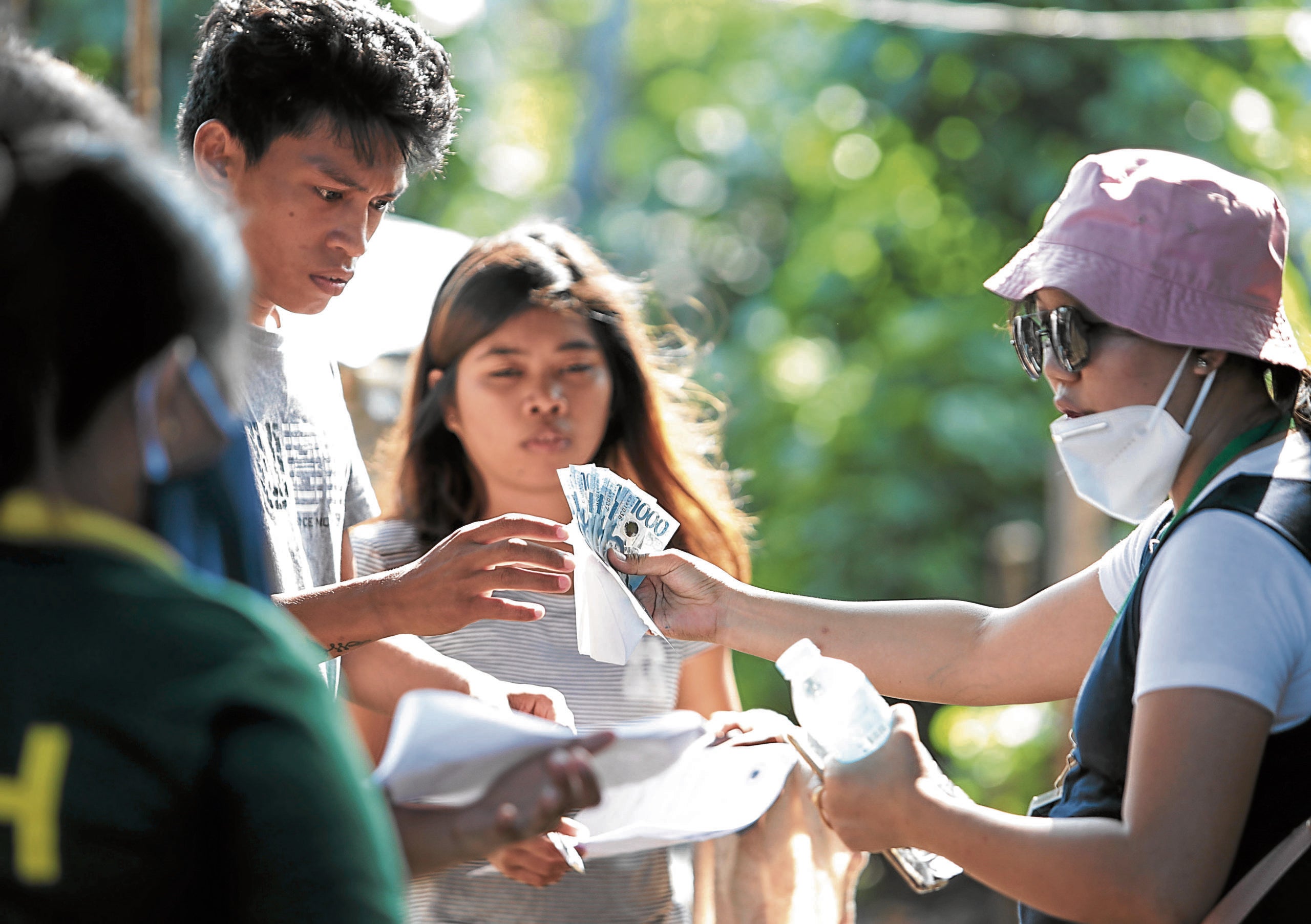 FILE – Health workers and volunteers seek beneficiaries of the government’s cash grants in the village of Rawis in Legazpi City to deliver the subsidy meant to help poor families survive the prolonged lockdown. —MARK ALVIC ESPLANA

MANILA, Philippines — After criminally charging at least 23 barangay officials for alleged irregularities in the distribution of the social amelioration program (SAP), Malacañang announced Tuesday the government is in the process of building 110 more cases against village officials over cash aid distribution woes.

“110 are under case build up after we received a total of 318 complaints nationwide,” presidential spokesperson Harry Roque said in a televised Palace briefing.

President Rodrigo Duterte earlier offered a P30,000 reward to anyone for verified information on local government officials stealing funds from the SAP.

Under the SAP, 18 million poor families affected by the COVID-19 pandemic will be given a monthly cash aid of P5,000 to 8,000 for two months under a P200-billion budget.

The Philippine National Police-Criminal Investigation and Detection Group has already filed 12 criminal cases against 23 barangay officials before the prosecutor’s office of the Department of Justice over allegations of anomalies in SAP distribution.