Gov’t targeting to test 1.5% to 2% of total PH population for coronavirus 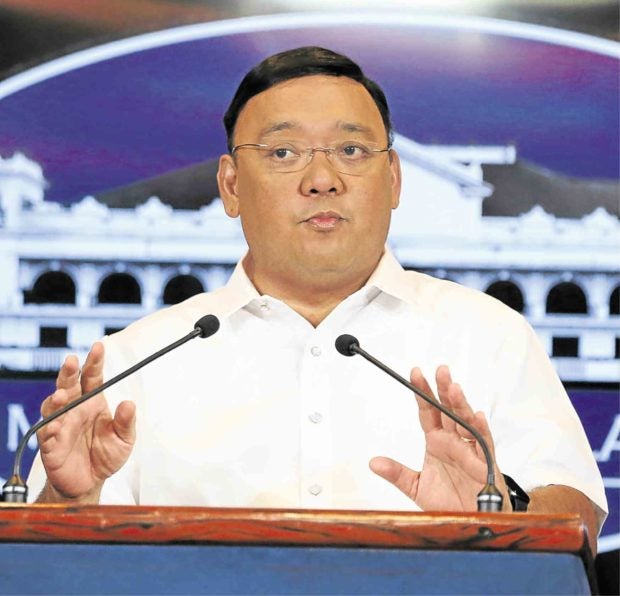 MANILA, Philippines — Insisting that no country has done testing 100 percent of its population for the coronavirus, Malacañang on Tuesday said the government is eyeing to test 1.5 to 2 percent of its almost 110 million population.

Presidential spokesman Harry Roque said this as he sought to clarify his earlier statement in a televised Palace press briefing where he admitted that the government has no plans yet to conduct mass testing and that it would leave such efforts in the hands of the private sector.

Roque’s statement drew flak online amid mounting calls for mass testing of suspected coronavirus carriers as the confirmed cases in the country reached 12,718, including 2,729 recoveries and 831 deaths.

But Roque said his statement was “taken out of context” as he stressed that the government is now enforcing “expanded testing.”

“It’s not accurate [to say] that we do not have a mass testing policy. Let me underscore the following, number one: no country in the world tests every citizen, that’s a fact,” Roque said in an interview over CNN Philippines’ The Source.

“So what we are doing is to follow the best examples we have. Right now we are trying to follow the footsteps of South Korea and right now the goal is to test 1.5 to 2 percent of the total population,” he added.

The Philippines has so far tested 207,823 unique individuals, which is a measly 0.19 percent of the country’s total population.

The Palace official likewise, claimed that the Philippines has “one of the stringiest testing measures” when it comes to testing its returning citizens.

Roque said returning all Filipinos are required to take PCR-based testing, unlike other nations that are only testing those who are symptomatic.

“All OFWs are subject, in fact, to PCR testing not just antibody testing whereas in other countries they only test those who have symptoms. But in the Philippine every OFW that comes home would have to be tested by PCR,” Roque said.

The country so far has 30 laboratories nationwide that are capable of detecting the virus using RT-PCR tests. Meanwhile, five laboratories are accredited to use GeneXpert rapid test kits, which can yield results within 45 minutes.