MANILA, Philippines — The Senate on Monday paid tribute to the late former Senator Tessie Aquino-Oreta for enriching the Senate with her advocacies which focused on empowering women and children. 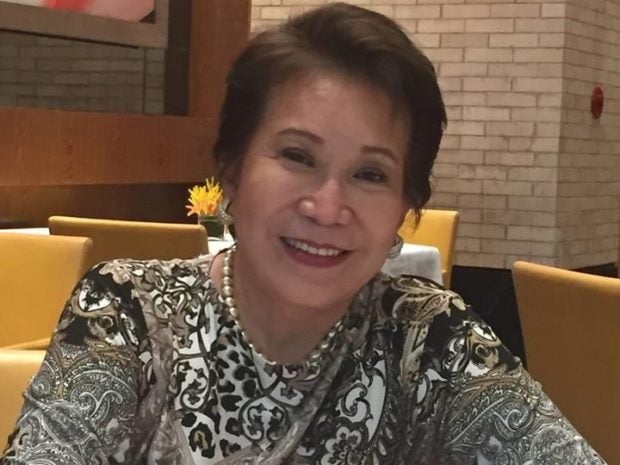 The chamber adopted Senate Resolution No. 40 expressing its profound sympathy and sincere condolences to the family of Aquino-Oreta, who passed away last May 14 at the age of 75.

Senate President Vicente Sotto III remembered the late senator — who he said was like a sister to him — as a “strong woman legislator.”

Aquino-Oreta was elected senator in 1998 and served during the 11th Congress.

“We are very saddened by her passing. I remember her as a very passionate and strong legislator whose advocacies focused on empowering women and children through landmark legislations like the Solo Parents Act, Early Childhood Care, and Development Act,” Sotto said.

He said Aquino-Oreta’s work as a legislator helped improve the country’s educational system with her belief centering around the importance of education in improving the quality of life of the Filipinos.

Among her other bills that were enacted into law were the Philippine Sciences System High School Act and the Governance of Basic Education Act, Sotto noted.

“She sought to improve the employment status, working conditions and welfare benefits of public school teachers,” he added.

He pointed to Project TAO, a survey Aquino-Oreta spearheaded in 1999, which involved 420,000 teachers across the country.

The results of the project, Villanueva noted, revealed situations besetting public school teachers and served as the “compass for many educational reforms at that time.”

Villanueva said the late senator served as a legislator for 17 years.

Before being elected as a member of the Senate, Aquino-Oreta also served as a legislator in the House of Representatives for three consecutive terms.

On her first term as a congresswoman, Villanueva said Aquino-Oreta became assistant majority leader, the first woman to hold such post in the history of the lower chamber.

“I experienced in person how Senator Tessie loved the Filipino people, and I bear witness to it. She used to invite us to her house when I was a neophyte congressman, together with party-list representatives,” Villanueva recalled.

“She endlessly talked passionately on issues close to her heart. Especially dear to her were matters of education and how families can benefit from it. She often said that ‘education is the lifeblood of the family’,” he said.

“The Filipinos, especially women and children, are at the center of her public service,” he added.

For his part, Senator Manny Pacquiao said Aquino-Oreta was a “strong advocate” of education, women, children, and livelihood.

He said she filed almost 200 bills and resolutions during her term.

“We mourn her death but at the same time celebrate her legacy. We are offering prayers of  God’s comfort and strength to be upon her husband, her children, relatives, and friends,” he added.