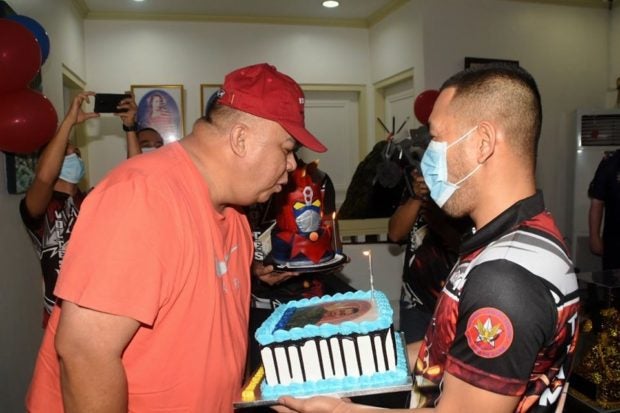 Sinas will remain in his post even after he and 18 other police officers were charged by the PNP Internal Affairs Service (IAS) for failure to follow quarantine protocols during the May 8 “mañanita” to mark his birth anniversary.

(Yes, I hope the public will understand. Because we are in an emergency situation. It’s hard to replace him because he has a lot of programs in relation to COVID.)

(Yes, there are still a lot. We have a campaign against illegal drugs and we know that ever since he assumed post as NCRPO chief, illegal gambling was controlled in the National Capital Region.)

Sinas’ birth anniversary celebration drew flak from the public after the NCRPO Public Information Office shared on its Facebook page photos of the event showing a number of police officers who gathered at the event without observing social distancing.

Sinas has since apologized for the incident saying he did not intend to cause “anxiety,” but claimed that some of the photos were “edited” and were “old photos.”

All forms of mass gatherings are prohibited in areas under community quarantine to curb the spread of the novel coronavirus which causes COVID-19.