MANILA, Philippines — Nine persons were hurt in a fire that struck a slum area along M. Dela Cruz Street in Barangay 130 in Pasay City on Sunday. 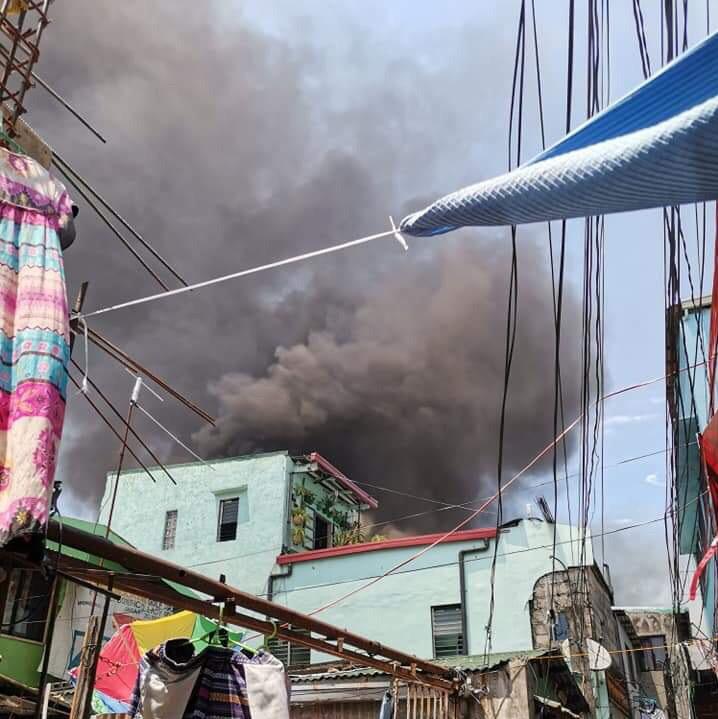 Thick smoke covers a slum area in M. Dela Cruz Street in Barangay 130, Pasay City, that was hit by a fire on Sunday, May 17, 2020. (Photo from Bureau of Fire Protection)

A total of 60 families were affected by the fire that also destroyed at least 25 houses and left an estimated P450,000 worth in damaged properties, according to a report from the Bureau of Fire Protection (BFP).

The blaze was declared under control at 2:10 p.m.

Fire officers are still investigating the cause of the fire.