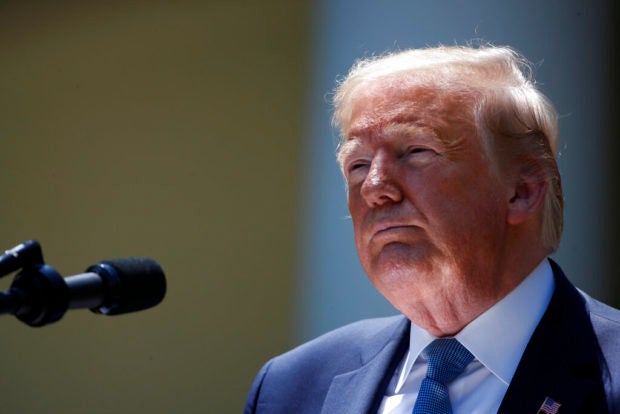 The New York-based law firm handling A-list clients such as Lady Gaga, Drake and many others has been given an ultimatum by its hackers—pay $42 million, or else President Donald Trump’s private data will be leaked.

The ransomware gang called REvil, also called Sodinokibi, upped the ante by doubling its initial demand of $21 million from media and entertainment law firm Grubman Shire Meiselas & Sacks and involving the American president into the mix.

Around 2.4 gigabytes of documents relating to Lady Gaga were leaked on Thursday, as per Variety yesterday, May 15. The hackers also said they doubled the ransom after the initial demand was not met.

The hackers were able to get hold of 756 gigabytes worth of private data including contracts, nondisclosure agreements, phone numbers, email addresses and “personal correspondence.”

If REvil’s $42-million demand is not met within the week, more data would be released including Trump’s, the group posted on the dark web, according to the report.

“The next person we’ll be publishing is Donald Trump,” the hackers’ blog post read. “There’s an election race going on, and we found a ton of dirty laundry on time.”

“And to you voters, we can let you know that after such a publication, you certainly don’t want to see him as president. Well, let’s leave out the details. The deadline is one week,” they added.

Several reports have noted, however, that it is still unclear what data related to Trump the hackers were referring to as he and the Trump Organization have never been clients of Grubman Shire Meiselas & Sacks.

“Our elections, our government and our personal information are under escalating attacks by foreign cybercriminals. Law firms are not immune from this malicious activity,” the law firm said in a statement to Variety.

“Despite our substantial investment in state-of-the-art technology security, foreign cyberterrorists have hacked into our network and are demanding $42 million as ransom. We are working directly with federal law enforcement and continue to work around the clock with the world’s leading experts to address this situation,” it added.