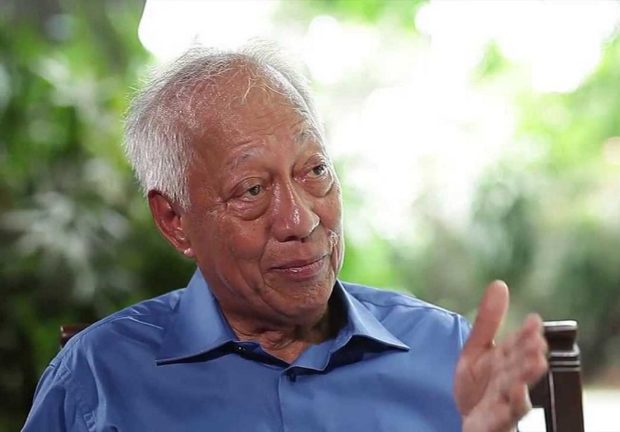 MANILA, Philippines – Lawyer Christian Monsod, one of the 1987 Constitution’s framers has reminded law enforcers that arresting a cyber-libel suspect for allegedly maligning President Rodrigo Duterte, without a formal complaint, is both illegal and unconstitutional.

Monsod on Friday pointed out that the arrest of a 41-year-old salesman from Agusan del Norte over Facebook posts against President Duterte and long-time aide Senator Bong Go has no basis since there was no warrant of arrest, and the parties maligned have yet to file a complaint.

“The arrests were unconstitutional.  No warrant of arrest.  No complaint.  No basis for warrantless arrest,” Monsod said in a text message to INQUIRER.net.

He also said that it is not for police to decide whether  or not the suspect has committed libel — instead, it is the courts’ role to find probable cause and eventually issue an arrest order.

“Whether libelous or not is for a court to decide, not the police,” he added.

According to reports, Caraga Police Regional Office Director Brig. Gen. Joselito Esquivel ordered the arrest of Reynaldo Orcullo of Nasipit town on Thursday for saying that Duterte is buang (crazy).

In a post on his Facebook account, Orcullo said that the actions of the administration are scripted, making it appear that Go is a hero, while Duterte is a fool.

Monsod’s fellow lawyers Chel Diokno and Bayan Muna party-list Rep. Carlos Zarate also insisted that police officers can only conduct arrests when crimes are about to be done, or are already happening.

But not libel, as probable cause can only be established by court judges.

Orcullo is set to face charges for violation of libel provisions of Republic Act No. 10175 or the Cybercrime Prevention Act of 2012, as defined by Article 355 of the Revised Penal Code.

Amid the COVID-19 pandemic, the government has initiated a crackdown on critics, starting with the proposed deportation of a Filipina worker in Taiwan who criticized the administration’s response to the health emergency.

Recently, a high school teacher who offered a reward of P50 million for anyone who would kill President Duterte was arrested by National Bureau of Investigation agents.

A man from Boracay who dared to double the said amount in exchange for Duterte’s death was likewise arrested.

Previously, ACT party-list Rep. France Castro said that if the public school teacher was accosted due to his social media posts, then Duterte should also be made accountable for badmouthing people, openly talking about killings, and disrespecting women.