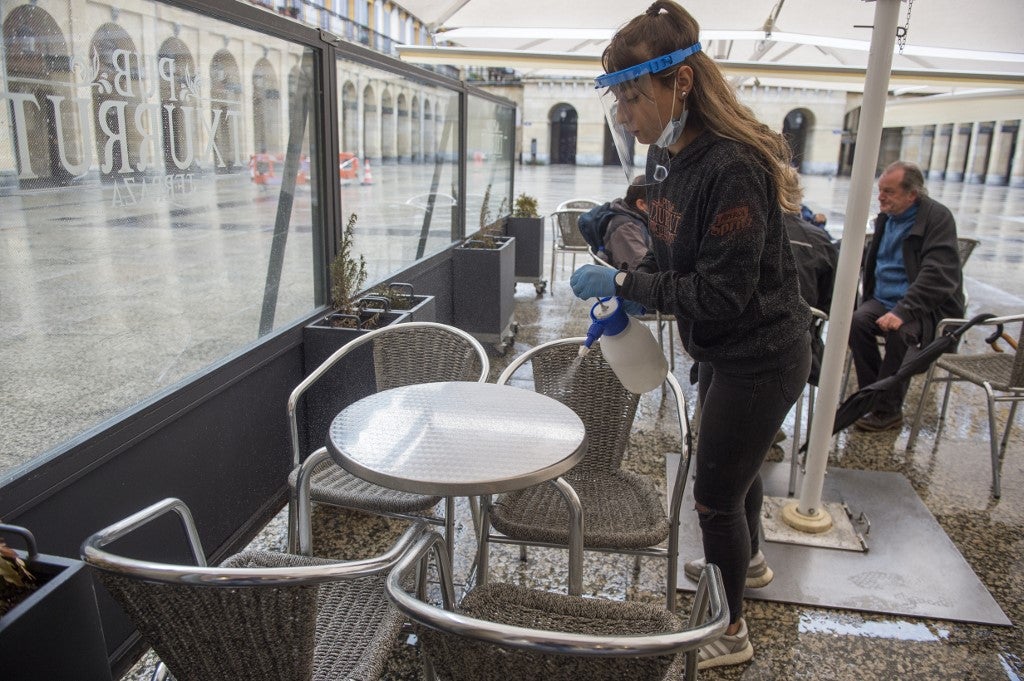 An employee cleans a table wearing a face shield and gloves at a cafeteria in the Spanish Basque city of San Sebastian on May 11, 2020, as Spain moved towards easing its strict lockdown in certain regions. AFP

MADRID — People arriving in Spain will face a mandatory 14-day quarantine to slow the spread of the coronavirus, the government announced on Tuesday.

The measure comes into effect on Friday and will remain in force until May 24 when the state of emergency expires — or beyond if the measure is extended, it said.

“This measure is considered proportionate to the gravity of the situation and in line with the controls reestablished along internal borders by a large number of member states of the European Union,” the order said.

“The favorable evolution of the epidemic in our country and the start of the rollback make it necessary to reinforce measures of control,” it said.

“Given the global distribution of the virus and working from the principle of precaution, it is necessary that anyone coming from abroad observe a 14-day quarantine period.”

During that time, they would only be allowed out to buy essentials or for urgent medical treatment and always wearing a mask.

The measure will not apply to cross-border workers, those transporting goods, airline staff and medical personnel arriving in Spain as long as they have not been in contact with anyone infected by the virus.

During the two-week period, the health care authorities “could make contact to ensure the quarantine is being followed”, it warned.

Spain, one of the countries worst-hit by the virus which has so far claimed nearly 27,000 lives, closed its land border when the state of emergency was declared in mid-March.