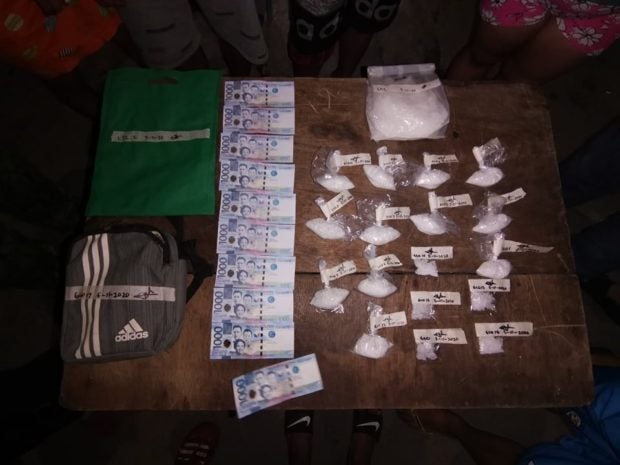 PDEA, Navotas police coordinated in a buy-bust operation in Navotas City where P5.8 million worth of shabu and four suspects were arrested. /NCRPO PIO

Suspects were apprehended after they sold P2,000 worth of the illegal substance to an undercover policeman of Navotas Station Drug Enforcement Unit.

After the anti-drug operation, police probers revealed that Dela Cruz is included in the government’s drug watchlist.

The suspects and evidence are now in the custody of Navotas police station, while policemen are preparing to file of complaints for violation of the Comprehensive Dangerous Drugs Act of 2002 against them.