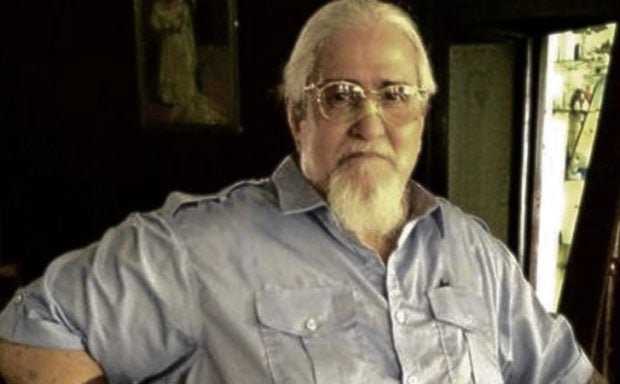 MANILA, Philippines — The Senate on Monday paid tribute to acclaimed filmmaker Peque Gallaga, who died last Thursday, May 7, at the age of 76.

Senators adopted Senate Resolution No. 398 expressing their condolences to the Gallaga’s family and cited Gallaga for his contributions to the Philippine cinema.

Senate Majority Leader Juan Miguel Zubiri, who introduced the resolution, remembered Gallaga as a great director who trained numerous artists in the region even when he was already in semi-retirement from the movie industry.

Gallage, the senator added, was a “great loss” to the film industry as he was “an incredible man” with so many  ideas.

“He was a visionary and many of his films became favorites of the public,” Zubiri added.

He said  Gallaga was a multi-awarded filmmaker, actor and scriptwriter “with an illustrious filmography spanning four decades, a body of work that masterfully delivered profundity, entertainment, quixotism, thought-provoking controversy and social critique.”

Zubiri added that Gallaga used film “as a medium to express his bold and original explorations of the realities, anxieties and fantasies of the Philippine society.”

The senator then listed some of the accolades Gallaga has garnered over the years, both locally and internationally.