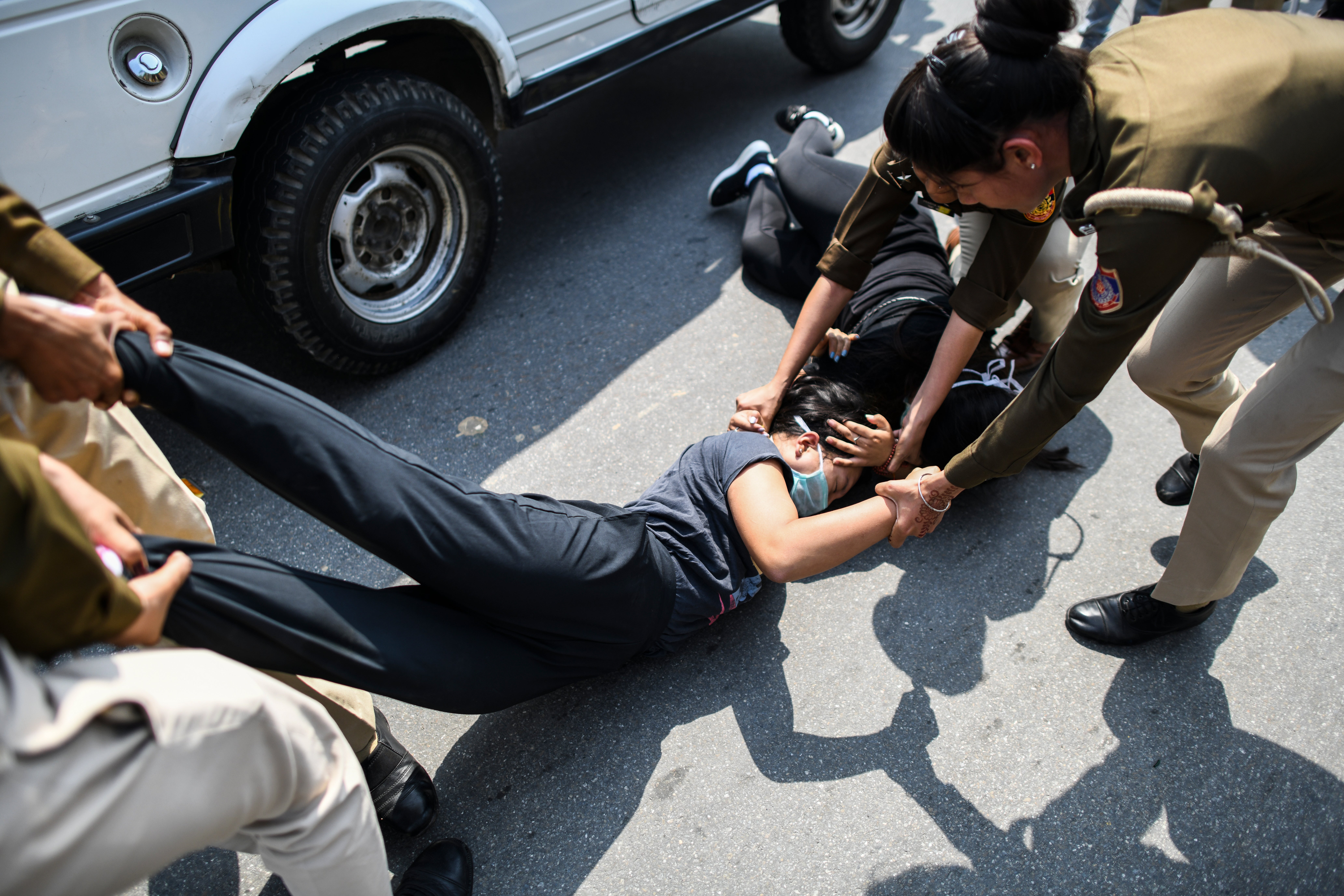 Police detain Tibetan activists during a demonstration near the Chinese embassy to mark the 61st anniversary of the Tibetan Uprising Day that commemorates the 1959 Tibetan uprising, in New Delhi on March 12, 2020. (Photo by Jewel SAMAD / AFP)

KOLKATA — Several Indian and Chinese soldiers were injured in a high-altitude cross-border clash involving fistfights and stone-throwing at a remote but strategically important mountain pass near Tibet, the Indian Army said Sunday.

There have been long-running border tensions between the nuclear-armed neighbors, with a bitter war fought over India’s northeastern-most state of Arunachal Pradesh in 1962.

“Aggressive behavior by the two sides resulted in minor injuries to troops. It was stone-throwing and arguments that ended in a fistfight,” Indian Army Eastern Command spokesman Mandeep Hooda told AFP.

The “stand-off” on Saturday at Naku La sector near the 15,000-feet (4,572-meter) Nathu La crossing in the northeastern state of Sikkim — which borders Bhutan, Nepal and China — was later resolved after “dialogue and interaction” at a local level, Hooda said.

“Temporary and short duration face-offs between border-guarding troops do occur as boundaries are not resolved,” he added.

Some 150 soldiers were involved in the face-off, the Press Trust of India reported.

There have been numerous face-offs and brawls between Chinese and Indian soldiers, including one near the northwest Indian region of Ladakh captured on video in 2017, where troops were seen throwing punches and stones.

In 2017, there was a high-altitude standoff in Bhutan’s Doklam region for two months after the Indian army sent troops to stop China from constructing a road there.

Relations since the standoff over Doklam between the two Asian giants appeared to improve following talks between Chinese President Xi Jinping and Prime Minister Narendra Modi in Wuhan, China in 2018.