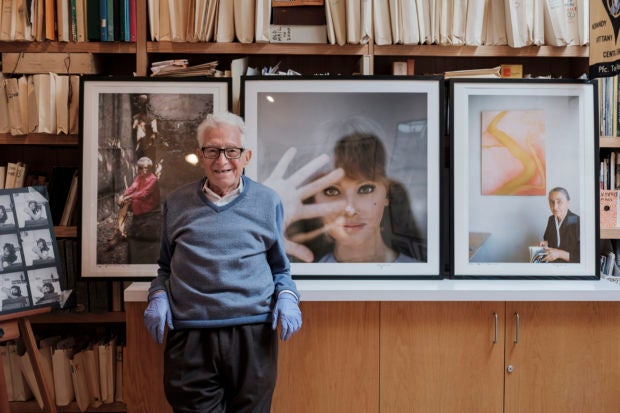 NEW YORK—Tony Vaccaro’s mother died in childbirth, and at a tender age he also lost his father to tuberculosis. By age 5, he was an orphan in Italy, enduring beatings from an uncle. As an American GI during World War II, he survived the Battle of Normandy.

Now, a celebrated wartime and celebrity photographer at age 97, he is getting over a bout with COVID-19. He attributes his longevity to “blind luck, red wine” and determination.

“To me, the greatest thing that you can do is challenge the world,” Vaccaro said. “And most of these challenges I win. That’s what keeps me going.”

Vaccaro’s grit carried him into a lifetime of photography that began as a combat infantryman when he stowed a camera and captured close to 8,000 photographs of mundane and horrific moments.

One of his famous images—“Kiss of Liberation”—showed a US sergeant giving a kiss to a French girl at the end of the Nazi occupation.

He was the subject of a 2016 HBO documentary, “Under Fire: The Untold Story of PFC Tony Vaccaro,” and his images are displayed in such museums as the Pompidou Center in Paris and the Metropolitan Museum of Art in New York.

Vaccaro documented the reconstruction of Europe and returned to the United States, where he became a fashion and celebrity photographer for magazines including Look, Life and Harper’s Bazaar.

He has fond memories of his subjects and their larger-than-life personalities including Sophia Loren, John F. Kennedy, Enzo Ferrari, Georgia O’Keeffe and Pablo Picasso.

He and Picasso “got along like two brothers.” But the artist wouldn’t relax during their photoshoot, so Vaccaro tricked him by pretending that his camera was broken and that his shots weren’t real.

Vaccaro lives in Queens, a New York City borough ravaged by the coronavirus, and next to his son Frank, his twin grandsons and his daughter-in-law Maria, who manages his archive of 500,000 photographs. 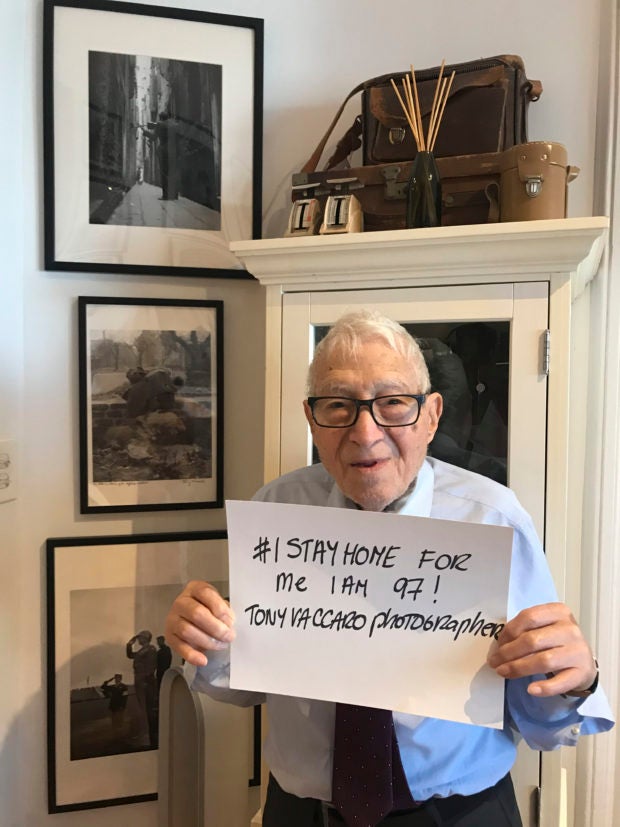 Tony Vaccaro poses for a photo at his studio in Long Island City, in the Queens borough of New York. Image: Maria Vaccaro via AP

He might have caught the virus in April from his son or while walking in their neighborhood, his daughter-in-law said.

He was in the hospital for only two days with mild symptoms and spent another week recovering.

Then he surprised everyone by getting up and shaving.

“That was it,” she said. “He’s walking around like nothing happened.”

The family is working on another documentary that looks at his life before and after the war, but the pandemic has stopped production because it’s not safe to bring a film crew into the apartment.

“We joke that Tony survived COVID-19 because he wants to tell the rest of his story,” said Maria Vaccaro.

But it also has reminded him of his good fortune.

“I really feel I have luck on my back,” he said. “And I could go anywhere on this Earth and survive it.” CL /ra

COVID-19 survivor urges: ‘To all of you, continue to fight’