CEBU CITY—An artist and scriptwriter who was arrested after the mayor accused her of spreading false information on the surge of the new coronavirus disease (COVID-19) cases here has been recognized by an international broadcasting network for her commitment to free speech.

Maria Victoria Beltran was one of the 17 recipients of 2020 Deutsche Welle (DW) Freedom of Speech Award.

Beltran was the lone artist and Filipino among the awardees who were either journalists or citizen journalists from 14 different countries including Serbia, Slovenia, Belarus, Russia, Venezuela, Iran, Zimbabwe, Uganda, Turkey, Jordan, India, Cambodia, and China.

The list of winners was announced in the website of DW, an international broadcast network based in Bonn, Germany, last May 6.

“On April 19, Cebu-based artist Maria Victoria Beltran was jailed for a satirical Facebook post she had published in relation to the rising number of COVID-19 cases in Cebu City. The mayor called her post ‘fake news and a criminal act’ and threatened Beltran with imprisonment,” said DW in its statement.

Sought for comment, Beltran said the recognition shows the importance of the freedom of speech. 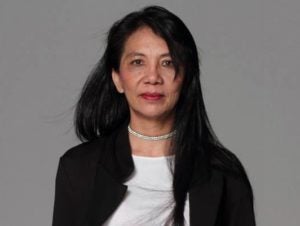 “When I was arrested by the Philippine National Police in the dark hours of midnight, interrogated, tied to a chair like a dog most of the time, and held incommunicado for 16 hours, I never felt so alone in my life,” she told the Inquirer in a text message.

“Being among the Freedom of Speech laureates of Deutsche Welle, in stark contrast, makes me feel one with countless people in the world that believe and practice their freedom of speech in difficult circumstances,” she added.

Since 2015, DW has presented the Freedom of Speech Award to a person or initiative that has shown outstanding commitment to human rights and freedom of expression in the media.

Beltran was arrested by the police past 2 a.m. of April 19, inside her restaurant, Kukuk’s Nest, in Barangay Lahug, Cebu City.

The arrest, which was done without a warrant, happened just a few hours after Cebu City Mayor Edgardo Labella threatened to send her to jail for allegedly spreading lies.

Beltran posted on Facebook that more than 9,000 people have been infected with COVID-19 in Sitio Zapatera, Barangay Luz in Cebu City.

“9,000 + new cases (all from Zapatera) of COVID-19 in Cebu City in one day. We are now the epicenter in the whole Solar System,” her Facebook post read.

The mayor then vowed to go after Beltran and put her in jail.

Her lawyer Vincent Isles said his client did not have the intent to spread confusion and fear as it was the Department of Health which announced that everyone in Sitio Zapatera, which has over 9,000 residents, was “presumed contaminated” with the COVID-19 and that there was no need to test other residents.

But Beltran was subsequently arrested and spent three days in jail.

She was charged with violation of Republic Act 10175 or Cybercrime Prevention Act of 2012, the Bayanihan to Heal As One Act, and the law on mandatory reporting of certain diseases.

Beltran was released on April 21 after posting a total of P42,000 in bail.