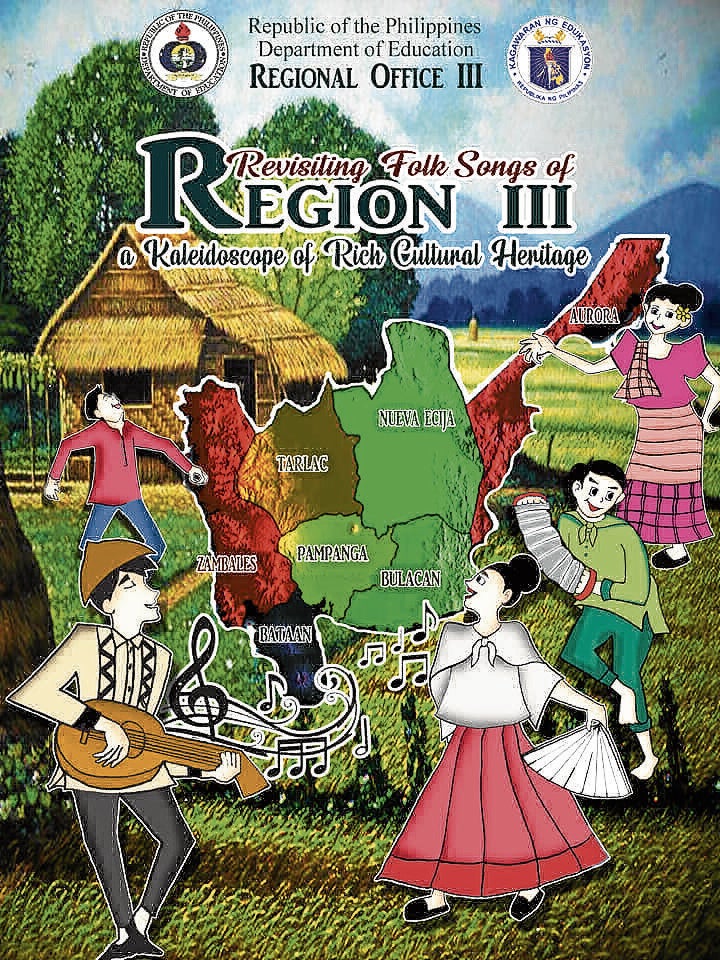 CITY OF SAN FERNANDO—More than 30 music teachers in public schools in Central Luzon are using their time during the two-month quarantine to complete the review and revival of 124 folk songs, which have been compiled into a book.

With accompanying chords, vocal guides, short videos and a “minus one” track, the songs make classroom tutorials easier, according to Nicolas Capulong, director of the Department of Education (DepEd) in Central Luzon.

The songs are composed and popularized by common folk and have been passed down orally to new generations.

Capulong said teachers could use the “Compendium of Selected Folk Songs in Region III” to help students “develop their sense of history and cultural identity.”

The project idea arose from the book “Folk Songs of Central Luzon,” which the regional office of the defunct Ministry of Education, Culture and Sports produced in 1983.

The ministry’s then regional director, Pura Tumada Liban, said it was the first in a series of five volumes of folk songs in the region. “It contains the still unpublished wealth of songs, which are representatives of each province, town and village,” Liban wrote in the preface.

She added: “They are songs which make up a slice of our rich and varied culture, a heritage of which we are very proud.”

But while the 1983 book was a unique endeavor back then, it had its limitations, said Rafael Rubio, conductor of the DepEd Symphonic Band in Central Luzon.

“Not all music teachers are note readers, which would make it difficult for them to familiarize themselves with the tunes without a minus one or a vocal guide,” Rubio said.

The collection consists of 74 folk songs from the 1983 book, 24 songs in the local areas, and 26 songs that the teachers found common in the region.

Six of the folk songs originated from Aurora, eight from Bataan, 11 from Bulacan, 15 from Nueva Ecija, 19 from Pampanga, six from Tarlac, and 37 from Zambales.

The composers of some songs can no longer be traced. The list of songs is featured in www.region3.deped.gov.ph, which also identifies the composers, lyricists, transcribers, arrangers and teachers.

Aside from the teachers, the project involved members of the symphonic band and music supervisors. —TONETTE OREJAS