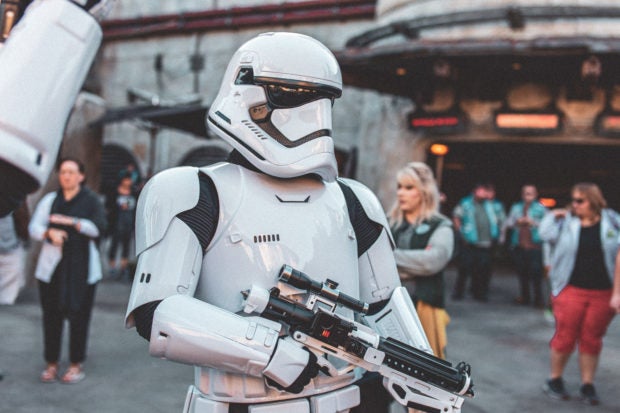 A teenage girl donning a “Star Wars” stormtrooper costume was arrested after her fake gun was mistaken for a real firearm in Alberta, Canada.

The female employee (unnamed in the report) was wearing the suit for her workplace’s promotion for Star Wars Day on May 4, as per Lethbridge News Now on the same day.

However, Bradley Whalen, the owner of the restaurant the girl works for, said that the situation quickly took a turn for the worse. Whalen believes that some passersby reported the employee to authorities after seeing her with a plastic toy blaster, which they mistook for a real gun.

According to the report, a Lethbridge Police Service inspector noted that the department received two 911 emergency calls about a firearms complaint near the said restaurant, Coco Vanilla Galactic Cantina.

Following the calls, officers arrived at the establishment at around 11:20 a.m. The police then began telling the girl to put the toy gun down, as seen in a video posted by one Deiby Corleoni on YouTube on the same day.

The employee complied and knelt to the ground. As the police approached the girl, Whalen came out of his restaurant and told them that the teenager was not holding a real firearm.

Despite Whalen’s explanation, the officers made the girl lie on her stomach and placed handcuffs on her. Whalen claimed that by the time the teen was laying on the ground, the police had already determined that she was only holding a toy gun.

However, the employee was still arrested and placed into a police car, as per report. She was eventually released at the scene without charges.

After the arrest, the inspector said that the incident likely boiled down to a misunderstanding, but stressed how the police still need to take 911 calls seriously. According to a police statement on May 5, they are now investigating the matter. Ryan Arcadio/JB