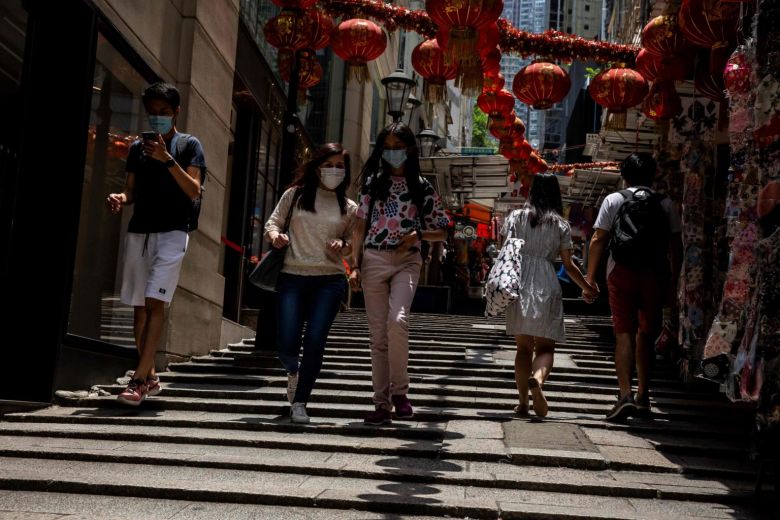 The current limit on public gatherings of groups of up to four persons will be raised to eight from Friday. PHOTO: AFP

HONG KONG – The Hong Kong government will reopen schools and relax the various social distancing measures, most of which expire on Thursday (May 7), as the number of new coronavirus infections in the city stabilizes.

Speaking to the media on Tuesday afternoon, Chief Executive Carrie Lam said the current limit on public gatherings of groups of up to four persons will be raised to eight from Friday.

Venues such as gyms, cinemas, gaming centers, mahjong, massage and beauty parlors will reopen from Friday, although some restrictions on their operations will remain in place until May 21.

For instance, cinemas’ capacity must not be maximized and beauticians must have specific precautions.

Food and beverage businesses will be allowed to increase the maximum patrons at a table from four to eight, but other existing rules, including wearing masks and having tables at least 1.5m apart, will remain.

Bars and pubs can also reopen from Friday but live bands and dancing are not permitted. They must also observe a cap on the number of patrons.

Schools will open their doors in phases, with the higher secondary school students returning to class on May 27 before the younger pupils do so in June.

Classes will not resume for children in kindergarten for the rest of the year.

The decision comes as Mrs Lam noted that Hong Kong had no local infection for 16 straight days.

Of these, no new case was recorded on 10 of the days, including Tuesday.

The total confirmed cases as at Tuesday is 1,040 and four deaths. Around 900 patients have been discharged so far.

She said the number of infections has hovered in the low single digits and the rate of transmission has been lower in Hong Kong than other parts of the world.

The move makes Hong Kong one of the first cities in the world to reopen venues that attract large crowds.

As the pandemic appears to be under control, civil servants returned to their offices on Monday, and facilities such as museums and libraries will reopen gradually later this week.