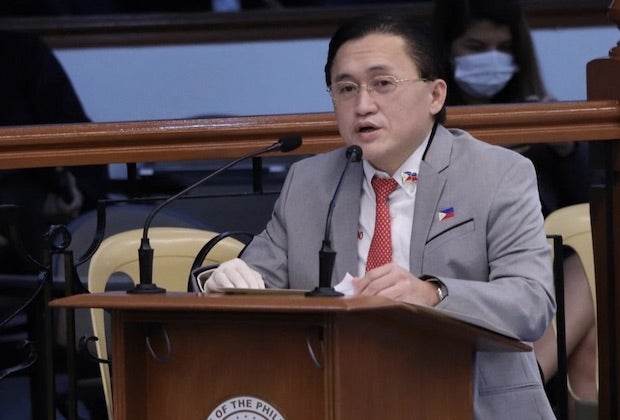 The proposal also aims to better prepare the country in responding to emergencies such as the current COVID-19 pandemics.

In his sponsorship speech, Go said the pandemic “exposed and brought to the surface many of our country’s perennial problems, including congestion in our urban centers, particularly in Metro Manila.”

“Such a problem results in a whole lot of other issues, including poverty, economic inequality, traffic jams, environmental issues, among others,” Go said. “More importantly, overcrowding in Metro Manila makes it more difficult to contain diseases here, putting us all at risk for future pandemics.”

Go cited data from the Department of Health which reveals that, as of May 1, 2020, of the total 8,772 COVID-19 infection cases, NCR registered a total of 5,968 cases, representing 68% of the nationwide total.

Go’s resolution also cited a study of the Asian Development Bank tagging Metro Manila as the most congested natural city in Asia with a population greater than five million.

The traffic congestion alone costs the economy P3.5 billion pesos a day and the situation can get worse — costing the economy  P5.4 billion a day by 2035 if interventions will not be made, according to another study conducted by the Japan International Cooperation Agency.

According to Go, overcrowding predisposes Metro Manila to disease outbreaks and makes it harder for the government to contain pandemics in the National Capital Region.

“Given the nature of the virus and the manner by which it is spread between individuals, highly dense communities in Metro Manila explain why nearly seven out of ten infected Filipinos are found in the nation’s capital,” he said.

To alleviate congestion in the metropolis, the Senator then highlighted the need to improve the quality of life in the country and improve access to quality social services, especially in rural areas, through a “Balik Probinsya” program.

“The proposed program is envisioned as a multi-sectoral comprehensive program to decongest Metro Manila by helping stranded workers and OFWs, assisting people who want to relocate to the provinces, and encouraging people to settle down in the provinces for good,” Go said in his speech.

Go said the program would also encourage informal settlers and those living in danger areas to move out of Metro Manila and go back to their home provinces by providing them with decent housing, easier access to key services, nearby schools, job and livelihood opportunities and even small-business support in the grassroots level, among others.

[We provincial folk have always been fascinated with Metro Manila. It’s beautiful. It’s complete. It has everything. But now, as Senator Gordon said, eight out of 10 of those who passed the bar exams came from the provinces.]

Gordon was among those who gave his support for the resolution.

Go  added that the delivery of social services was also adversely affected due to workers being stranded in Metro Manila during Luzon-wide quarantine while their families remained in the provinces.

[You know, this is one of the reasons why so many have not received the Social Amelioration aid — because some of them have families in the provinces while they are working here.]

[So many workers who would want to go home are stranded in their construction sites. Hopefully, through the Balik Probinsya Program, Filipinos will find hope that they can rise again after getting through this crisis. Let’ all help each other.”

“Together, let us heal as one and give Filipinos hope for a better tomorrow,” Go ended.