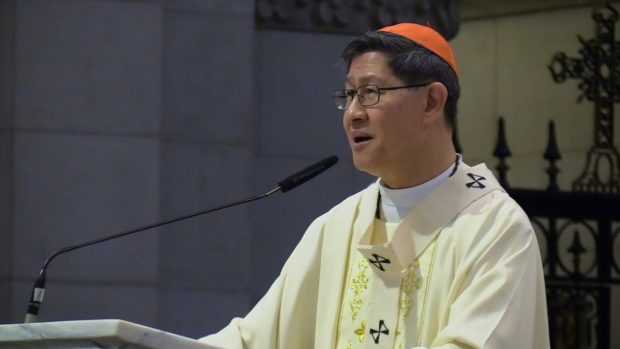 Gaston said that Tagle, currently the Prefect of the Congregation for the Evangelization of Peoples, is now holding the highest title that could be accorded to cardinals.

(Latest news, it has been three hours since the Pope made this appointment public. Among the cardinals, let’s say there are 120 active cardinals, and 200 around the world. These 11 cardinal-bishops, they are in Rome, assigned in Vatican.)

(They are the ones the Pope can call anytime, for a meeting, consulation with the Pope concerning the Church, about the other cardinals, about any topic that are close collaborators of the Pope.)

Before becoming Vatican’s head of missions, Tagle supervised over the Archdiocese of Manila, and also had stints as Bishop of Imus.  Tagle has been famous in the Philippines for his religion-related television shows, and has spoken against the recent spate of violence under President Rodrigo Duterte’s administration.

Previously, Duterte alleged that Pope Francis removed Tagle from Manila after the latter was supposedly meddling in politics.  However, bishops in the country insisted that it was part of his grooming for higher positions in the Roma Catholic Church.