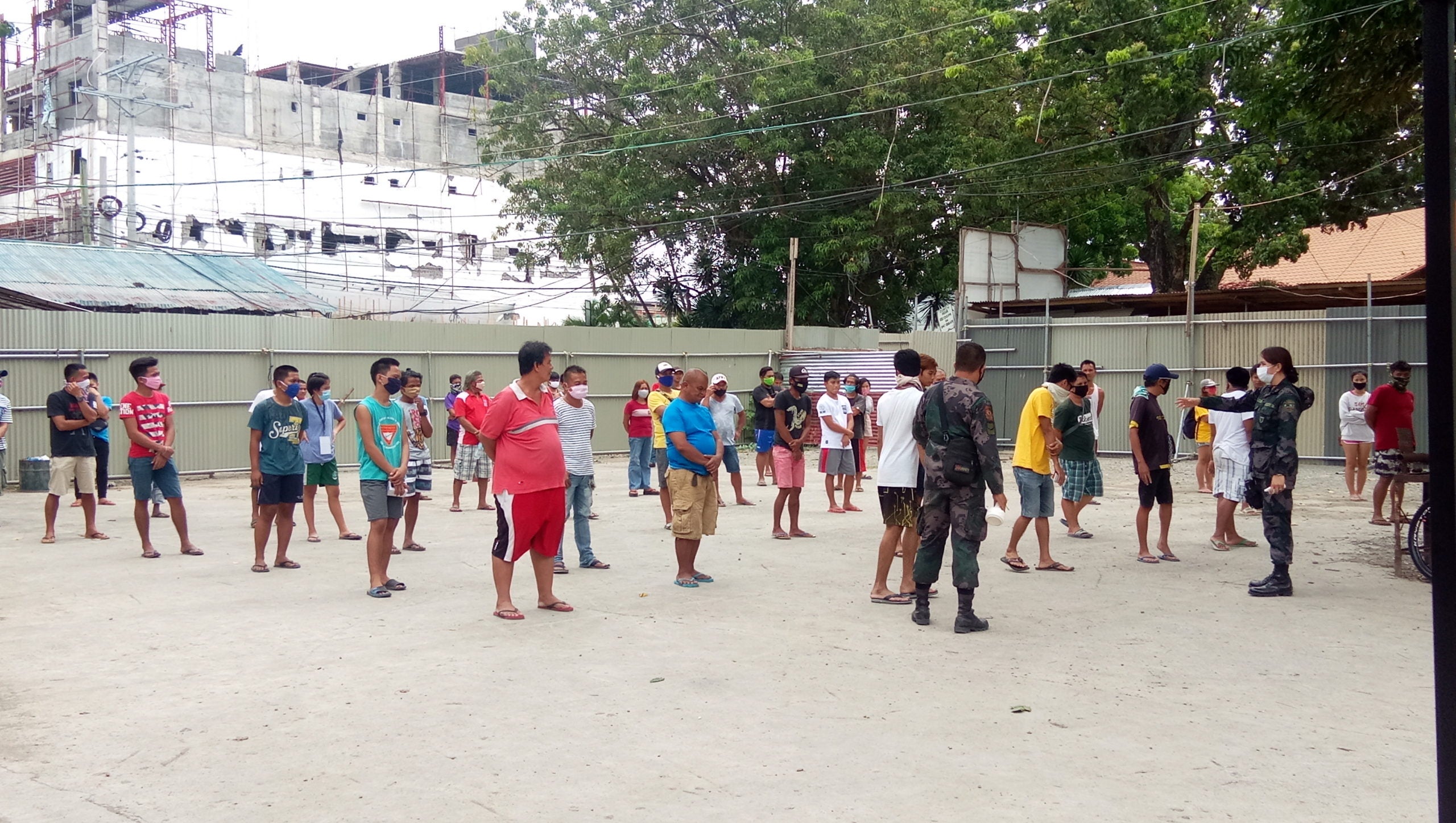 MISTAKEN. Some residents of Digos City mistook the reversion from ECQ to GCQ as relaxation of quarantine rules, throwing away basic precautions as they went their way on Friday, May 1. PHOTO BY ELDIE S. AGUIRRE, Inquirer Mindanao:

Lt. Col. Vici Anthony Tababa, Digos City police chief, said many people thought that the reversion to GCQ meant the relaxation of the basic precautions, mistaking these as features only of a regime of enhanced community quarantine (ECQ).

The city is placed under GCQ until May 15.

Tababa said the most common misconception of people is that they are already free to get out of their homes and move around.

“I would like to correct that notion. The people should know that only the opening of some non-essential businesses, lifting the prohibition of mass transport… These are the only noticeable difference between GCQ and ECQ,” Tababa explained.

Those who were arrested were brought to the Digos City Gym where the police conducted an orientation seminar regarding the GCQ rules.

They were then divided into groups to undergo community service, cleaning the Rizal Park and some roadsides around the perimeter of City Hall.

Tababa said the majority of those arrested did not wear a face mask, forgot to bring their quarantine passes, and failed to observe physical distancing when queuing to buy food and groceries.

Minors roaming around the city were also rescued with the assistance of the city social welfare office.

The police also noted many parents who brought their kids with them outside their respective homes, violating the guideline on keeping minors and senior citizens inside the home.

Tababa said the police withheld imposing penalties for the violations, vowing to do it the individuals are caught the second time.

Digos City Mayor Josef Cagas urged locals to heed the basic precautions as if these are second nature.

“We are trying to live under the new normal. Under this scheme, we have to make it a point to wear a face mask when going outside the house, bring the quarantine pass, and observe social and physical distancing,” Cagas said.

Under Cagas’ new executive order, only individuals aged 20 to 59 are allowed to go outside their homes to buy food and medicine or go to work.

Liquor ban is still in effect and curfew hours are still imposed from 8 p.m. to 5 p.m.