MANILA, Philippines — Before former Senator Heherson Alvarez was hospitalized for COVID-19, he talked about marrying his wife Cecile Guidote-Alvarez again on their 50th wedding anniversary on November 15.

Cecile recalled how her husband teased her as she was worried about what could happen to them prior to their hospitalization.

“He said don’t worry, we will grow old together. We will take care of ating mga apo (our grandchildren). Besides, sabi niya (he said), remember you are going to march down the aisle. It was going to be our 50th wedding anniversary,” she said in an interview with INQUIRER.net, quoting the words of her late husband. 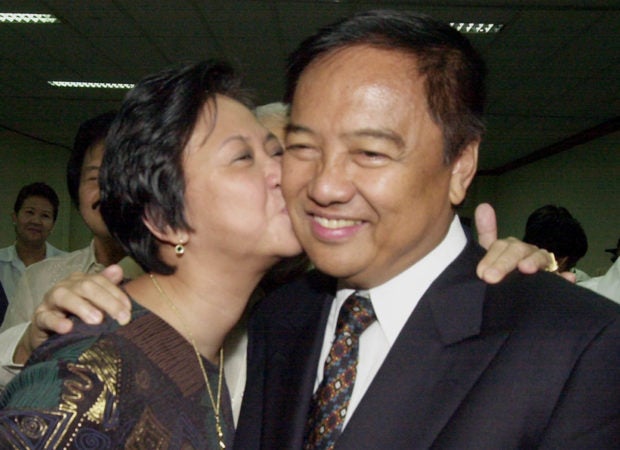 Heherson had wanted them to have their formal wedding during their silver anniversary, but Cecile said she wanted it done on their golden anniversary this year instead.

FEATURED STORIES
NEWSINFO
Miss Universe Thailand fired as mental health ambassador
NEWSINFO
Justice secretary to Trillanes: Don’t celebrate yet
NEWSINFO
Robredo: Can PH wait until 2023 to get back to normal?

But on April 20, a devastating event had nipped the couple’s decades of a dream to reiterate their unceasing love for each other through a renewal of their wedding vows – the 80-year-old statesman and ardent environment advocate died.

“I was hoping for Sonny but the news was that he had passed away. The pain is unbearable,” said Cecile, now 76 years old.

Heherson had planned to marry Cecile in 1970. But due to Cecile’s prior commitments as a founder of the Philippine Educational Theater Arts, which was organizing the First Third-World Theater Festival in Manila in 1971, they had to delay.

In 1972, martial law was declared by then President Ferdinand E. Marcos. Heherson was a subject of a shoot-to-kill order for being a stalwart political opposition during the so-called dark chapter of Philippine history. In that same year, Heherson and Cecile had to tie the knot in a swiftly-arranged secret wedding. Days later, the couple escaped to the United States, where they would eventually build a family. 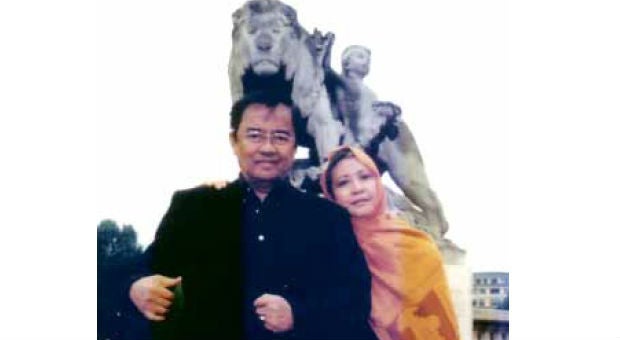 LOVE CONQUERS ALL, EVEN MARTIAL LAW After several cloak-and-dagger operations to
elude arrest and escape to the United States to organize the opposition, former Constitutional
Convention delegate and Sen. Heherson Alvarez and his wife, former theater actress and
1972 Ramon Magsaysay awardee Cecile Guidote-Alvarez, enjoy the sights in Paris in this
2003 photograph. CONTRIBUTED PHOTO

Cecile said that even if they got married in 1972, they consider 1970 as their year of becoming one.

In late March, both Heherson and Cecile were found positive for the novel coronavirus or SARS-CoV-2, which causes the acute respiratory illness COVID-19. But unlike Heherson, Cecile got through the harrowing days. She got discharged from the hospital days before her husband passed away. She is recuperating at home and waiting to have her second test to confirm if she no longer has the disease.

Prior to being confined to a hospital in Manila after showing symptoms of the ailment, Cecile said her husband was aware that she was getting worried about their condition. Cecile recalled that her husband just knew what to do to ease her fears.

“He took my hands, he clasped it, he kissed it and he said, don’t worry,” narrated Cecile.

When they got examined at the hospital, they were brought to different rooms as part of protocols for COVID-19 patients. Cecile said doctors have already presumed they were carriers of the virus at that point.

She was clueless that their conversation about planning a wedding this November was the last they would ever have face-to-face. 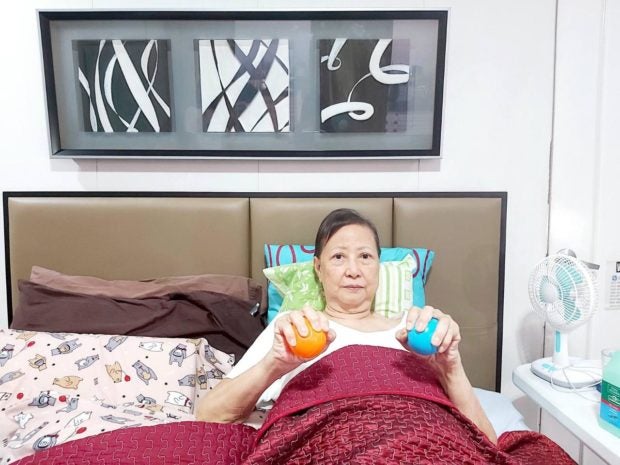 In this undated photo, Cecile Guidote-Alvarez does her rehabilitation exercises after being discharged from the hospital. She has been recovering from the coronavirus disease and is now only awaiting her second negative test. (Photo from Xilca Alvarez-Protacio)

In the hospital, Cecile had no chance to talk to her husband, even through phone, as she became extremely weak to even speak or move her body. At that time, doctors feared she had a stroke.

When she got better, she finally managed to send a text message to Heherson.

“I was texting [him]. They gave me the phone but I didn’t know his phone was dead and he could not have seen it (my messages) also,” Cecile said.

Inside her room, she would often think of her husband and pray he would soon be okay.

“I touched my heart and say on the other side, okay lang siya (he is okay), so I never thought that he would be gone. I thought he was okay,” shared Cecile.

“He’s praying for me. I am praying for him. Siya ang nanalo (he won), ako ang naiwan (I was left behind),” she added. 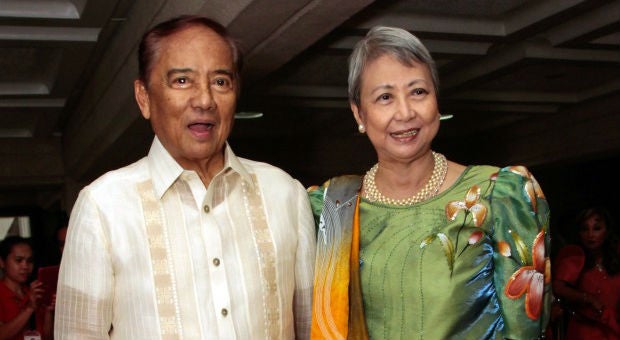 Pain struck her quickly as soon as she found out that her best half has died, especially that they never had the chance to say a proper goodbye.

“I was feeling so sad. I couldn’t hold his hand. I couldn’t kiss him. I couldn’t whisper my love forever,” she said, describing her husband as her “cheerleader, soulmate, and prime support.”

In the end, it wasn’t really another wedding ceremony that Cecile wanted.

“It doesn’t matter even if there was no march, as long as he was alive,” she said.

Quezon solon – physician says she got COVID-19 jab as a frontliner, not lawmaker