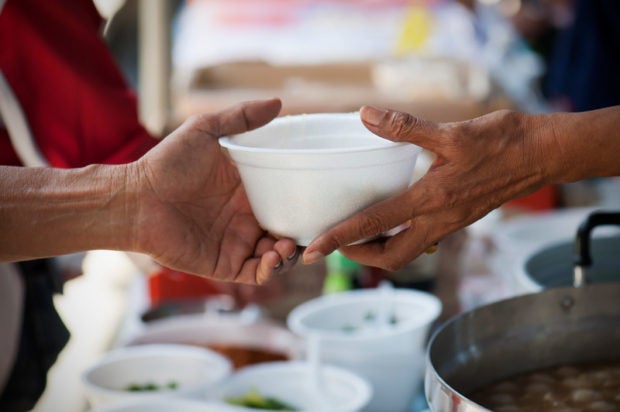 About 700 million people — 10% of the world’s population — are most vulnerable amid the coronavirus crisis. INQUIRER.net stock photo

UNITED NATIONS — The U.N. humanitarian chief said Monday that $90 billion could provide income support, food and a health response to the coronavirus pandemic for 700 million of the world’s most vulnerable people — a price tag just 1% of the $8 trillion stimulus package the 20 richest countries put in place to safeguard the global economy.

Mark Lowcock told a video briefing most experts agree that the peak of the COVID-19 pandemic hasn’t reached the poorest parts of the world, but may peak in the next three to six months.

He said about 700 million people — 10% of the world’s population — are most vulnerable and concentrated in about 30 to 40 countries which already receive humanitarian assistance and will see a big drop in incomes as the virus spreads and governments impose restrictive measures and lockdowns.

“If you wanted to protect them against that drop in income, then probably for about $60 billion you could do that,” Lowcock said.

And for something like $30 billion, he said, people facing the threat of starvation can get food, and the health response to COVID-19 can be financed.

Lowcock said probably two-thirds of the $90 billion could come from international financial institutions like the World Bank and the International Monetary Fund.

“They would need to change the terms on which they provide assistance to some people,” he said. “So, for example, they would need to reduce interest rates and provide some debt relief. But they have the firepower if they were given a bit more subsidy to probably meet about two-thirds of the costs.”

Lowcock said the remaining one-third could be financed by a one-time increase in government development assistance.

He said the argument he’s making is that a one-off 20% increase “will save you having to deal with a 10-year problem.”

“$90 billion is a lot of money but it is an affordable sum of money,” he said.

The U.N. is not going to appeal for $90 billion, Lowcock said, but “what I am suggesting is a lot of the suffering and loss of life can be contained within sums of money which are imaginable.”

U.N. Secretary-General Antonio Guterres did launch a $2 billion appeal on March 25 to help vulnerable and conflict-torn countries in the Middle East, Asia, Africa and South America tackle the coronavirus pandemic. Lowcock said he is encouraged the appeal has received a little over $1 billion in one month, including 300 million euros from Germany announced Monday evening.

On May 7, he said, a revised appeal will be launched seeking additional resources because the pandemic is growing and new countries need help.

Lowcock stressed that many things about COVID-19 aren’t known including how it spreads in countries that are warmer and more humid, how it interacts with other illnesses like malaria and HIV/AIDS, how it acts in situations where there is a lot of malnutrition and hunger, its impact in low-income countries where people on average are younger, and whether people who recover have some protection against a future infection.

Lowcock, who is the U.N. undersecretary-general for humanitarian affairs, expressed hope that scientists will find the answers to these and other questions in the coming months.

In the poorest parts of the world, he said, “the growth in case numbers is not yet as exponential as we’ve seen in, for example, in North America and Europe.”

He said the curve is accelerating in Africa and cited some recent modeling by the London School of Hygiene and Tropical Medicine “suggesting that many African countries will have a thousand new cases a week by May 1, and a few weeks after that could be getting 10,000 cases a week.”

Restrictive measures imposed by governments to tackle the pandemic are likely to have a bigger impact in poorer countries than wealthier ones because of the number of day laborers and hungry people who can’t survive on their own resources, he said.

“But the biggest impacts, we expect … will arise from the economic consequences of the pandemic,” he said. NVG

Read Next
Israel marks its Independence Day under coronavirus lockdown
EDITORS' PICK
What to watch out for when selecting a video surveillance solution
Heads may roll at BOC, says Palace if sugar smugglers are allowed to use recycled import permits
vivo brings to the Philippines a powerful smartphone with a slimmer body, the vivo Y02s for only PHP 6,499
Palace: Biggest supermarkets in PH commit to sell sugar at P70 per kilo
DOH reports increase in daily COVID-19 deaths, mostly unvaxxed
House energy committee chair Arroyo bats for cheap electricity
MOST READ
DepEd to give teachers P5K cash allowance within first week of classes
Alyssa Valdez to miss Creamline’s AVC Cup campaign
Jordan Clarkson arrives in Manila to bolster Gilas Pilipinas
NIA welcomes former DENR exec as its full-fledged administrator
Don't miss out on the latest news and information.