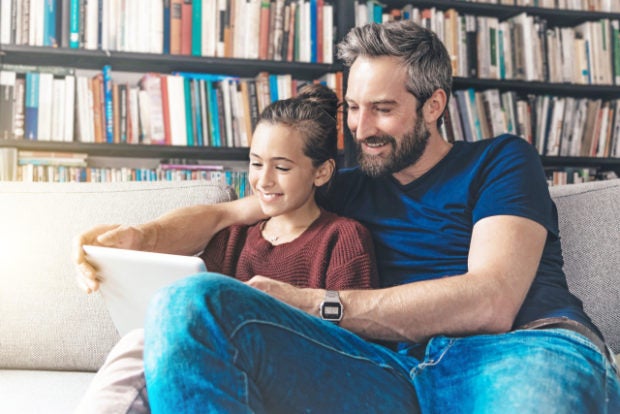 As countries around the world have imposed strict physical distancing measures to halt the spread of the novel coronavirus, access to free cultural content online has become omnipresent. Image: golero / IStock.com

Books, films, concerts: free content has been spreading almost as fast as the coronavirus, making life easier for those sheltering from the pandemic, but also threatening already fragile cultural industries, the UN warned Tuesday.

As countries around the world have imposed strict physical distancing measures to halt the spread of the novel coronavirus — canceling events, banning public gatherings, and asking billions of people to stay home — access to free cultural content online has become omnipresent.

While some content creators have themselves opted to make their artistic products available, Francis Gurry, the head of the UN’s World Intellectual Property Organization, voiced concern that numerous requests are coming in for IP “exceptions… for the cultural sector to disregard copyright”.

WIPO’s IP rules do permit exceptions to cultural copyright to facilitate access to books, publications and other creative content in certain specific circumstances and under certain conditions.

But in an interview with AFP, Gurry questioned whether it was justified to use the ongoing pandemic, which has killed more than 210,000 people worldwide, as an excuse to make entire museum exhibits, operas, ballets, concerts and publications available to the public at no cost.

“We should be much more measured,” he said, pointing out that such moves were dramatically slashing the income of many professionals in an already fragile sector.

“To cast off a copyright, you have to prove that there is a special need,” he said.

“I do not really see evidence of a problem accessing content” in the current situation, he said, pointing out that it was still possible to purchase cultural goods online, like books and music.

At the same time, he said, content creators have been hard-hit by the crisis.

Many in the field had completely lost their revenue streams, Gurry warned, pointing for instance to film production, which has all but ground to a halt, where hundreds of people are usually involved in making a single movie.

“It is hard to quantify the consequences as this is happening, but the sector is in deep distress,” he said.

His warning came as WIPO on Tuesday celebrated the entry into force of an international treaty giving new rights to film and television actors.

The Beijing Treaty on Audiovisual Performances was adopted in 2012, but is only coming into force now that the minimum required number of 30 countries have ratified it.

The treaty gives performers rights over the reproduction, distribution and rental of their audiovisual performances, which could mean they are able to earn more money.

It updates previous multilateral provisions agreed in 1961 for the digital era and extends to actors some of the same protections enjoyed by musicians, giving them more power to decide how their performances are used.

“In a number of countries, there are no protections for actors,” Gurry said, adding that the new treaty would change that.

Any country that is party to the text “will be obliged to put in place rights for audiovisual performers, like television and film actors,” he added.

China, Japan and Russia are among the 30 countries that have ratified the treaty.

Big players, including the United States and European film hubs like France and Italy, have not yet done so, although they have signed it.

Despite the treaty’s incomplete coverage, Gurry said it was a welcome bit of good news for a sector devastated by the COVID-19 crisis.

“If ever there was a moment to increase the amount — and predictability — of audiovisual performers’ earnings, it is in this COVID-19 era that is negatively affecting economic activity, including new productions,” Gurry said in a statement.

He acknowledged that governments needed to focus on halting the spread of the new virus and ensuring the physical health of their populations.

But he stressed that it was also important to support cultural arts, which are “fundamental for mental health” for those cooped up at home. NVG

Major US cinema chains waiting for summer to reopen