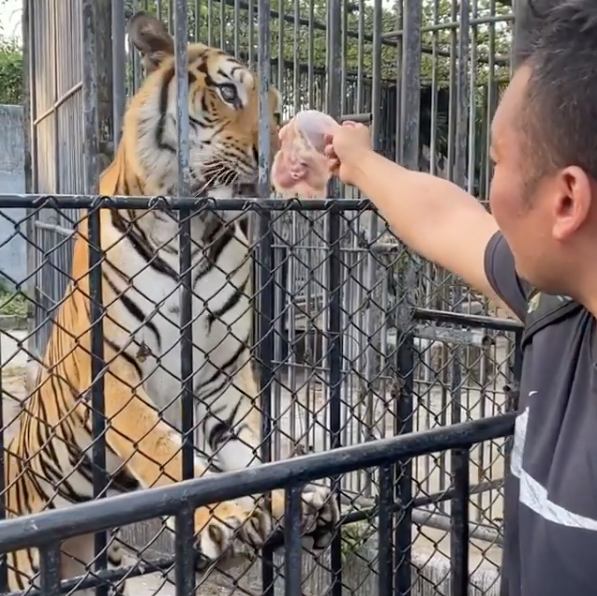 An Australian man, who fed zoo animals and has been raising funds to provide more food for these creatures in Thailand, has been arrested for trespassing in the said zoo, together with his three other companions.

Minh Nguyen and his companions’ lawyers claimed that the whole incident was a “misunderstanding” with the zoo’s owner, according to Daily Mail last Monday, April 27.

Nguyen visited Phuket Zoo and initially thought the animals were abandoned due to the COVID-19 crisis. He apparently went back to the zoo the next day carrying food and water, only to discover that the zoo was not abandoned.

The man then spoke with a zookeeper who told him that the zoo could no longer afford to feed the animals.

Minh Nguyen has been posting about his visits to the zoo on social media. The first post he made about the zoo was his encounter with a caged tiger on April 15, via his Instagram account.

His initial documentation eventually turned into a fundraising initiative for the animals. The fundraiser which has a page in GoFundMe has collected over $45,000, as of writing.

Because of the online campaign, Nguyen was able to provide food for deers, ostriches and goats, according to his Instagram post on April 20. He also has numerous videos showing himself feeding elephants, monkeys and tigers.

While Nguyen was conducting his fundraiser, the zoo’s owner discovered the man’s efforts online and later on reported his “trespassing” to the police. According to the report, the owner also spoke to a local newspaper and defended that the animals were not left to starve but were “adequately” being taken care of.

Nguyen clarified through his fundraising page that they are not blaming anyone for the animal’s situation.

“I just want to say we’re not here to create hostility towards the Zoo owners or point any fingers about who did what,” he said. “Our purpose and end goal is to save the animals and have them rehabilitated/rescued safely.”

Meanwhile, Nguyen and his companions were arrested by the police for trespassing on private property and breaching the country’s Computer Crime Act. Nguyen, through counsel, stated that the zoo owner’s mother allowed him to enter the premises to feed the animals. He will return to court in May, as per report.

Meanwhile, as per Bangkok Post on April 23, the zoo is indeed closed to the public due to the spread of coronavirus. Cha Lino/JB

LOOK: Animal shelter emptied after every pet gets adopted amid COVID-19